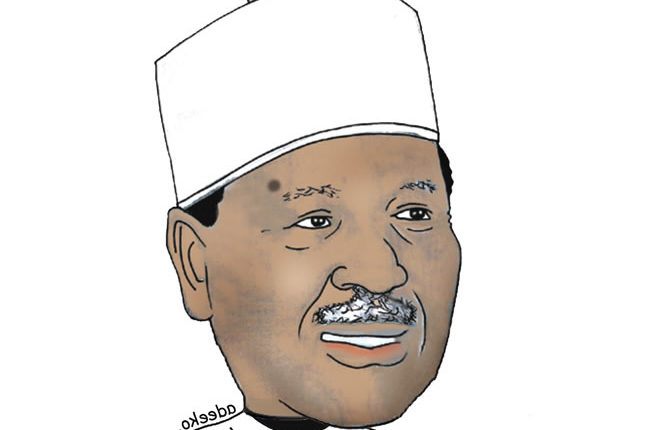 THE recent protest against police brutality has in itself inflected gargantuan brutality on lives and properties of many Nigerians. And despite its stoppage, it seems it is not done yet with brutalising individuals and organisations.  In Britain, there has been an assault on the integrity of former Head of State and statesman, retired General Yakubu Gowon. One cannot but react to the shocking allegation against a man at which we would all squall: “go on with one Nigeria”(Gowon) as kids, at the peak of the Nigerian civil war. I was indeed taken aback when I read of the wild allegation of a British parliamentarian while debating the petitions written against the Nigerian government on its handling of anti SARS protest, that Nigeria’s former Head of State, Yakubu Gowon, looted half of the Central Bank of Nigeria when he ruled Nigeria. It came as a shock to me not because I have been close to the former Head of State and could vouch for his integrity, but because this allegation is a sharp contrast to what I had earlier read and heard about the retired General’s integrity and probity.

Although in the words of a philosopher, we are all what we are in the dark, however, the wide acknowledgement of the former Head of state’s  impeccable integrity, led by the President of African Development Bank, Akinwumi Adesina, without pronouncing him a perfect being, might make Tom Tugendhat’s allegation what the General himself has described it, “rubbish”. In 1975, political calamity befell Yakubu Gowon as he was overthrown as the Head of State. As Samuel Richardson has rightly observed, “calamity is the test of integrity. “As evidenced by his biographer, Gowon’s integrity was truly tested after his ouster from power. In 1986, J.Isawa Elaigwu, a professor of political science at the University of Jos, published a book on the General which he titled Gowon: The Biography of a Soldier-Statesman.” In that book, Elaigwu made a lot of revelations about Gowon’s life including those that confirmed his probity, simplicity, self-discipline, moderation and transparency. I now cite.

After he had been ousted from power while attending the Organization of African Unity meeting in Kampala, he resolved to go to London through Lome.By then, “ he had run out of money”. Thus, the staff of the Nigerian High Commission in Kampala and members of his delegation resolved to contribute their per diem(daily allowance) to him. They were able to raise £3,000 and gave it to him “ to begin a new life”. Before he left Lome, Togo, his friend, President Eyadema, handed him an equivalent of “£10,000 in CFA francs” which he added to the £3,000 and headed for London to “ start a new life”. On getting to London, in fairness, the Federal Military Government offered him accommodation. However, “he turned down the offer.” Good enough, the family of Mr. Emmanuel Otiti, who had been a beneficiary of Gowon’s decency, offered him their property at 472 Finchley Road, London, N.W.11 which they were preparing to occupy themselves. After settling down in London, he enrolled for a degree course at Warwick University, but he had financial difficulty as his gratuity and pensions were not forthcoming yet.Thus, during that period, Gowon was living “ on charity from friends.” On 28th October, 1975, his gratuity of N38,304 minus his housing loan of N3,525.00 was paid to his Lagos Barclay’s Bank account. He also received his monthly pension of £700 which was later stopped following his implication in the coup that led to the death of Muritala in 1976.

During the period of the stoppage of his pensions, he was living on the goodwill of the people he had helped without taking “ bribes and kickbacks “ from contracts awarded.During this trying period, an expatriate who admired his principle of not taking bribe/ kickback, gave him £5,000 and was also giving £1,000-£2,000 every Christmas to Gowon’s family. At a point, he had to write to his former Heads of State friends, begging for money.Of all the many letters, only one offered to help him and did help him.He directed his ambassador to give him $50,000. Gowon’s total saving during his service years and the nine-year period as Head of State amounted to about N75,000. An expatriate friend took over the payment of the school fees of his son, Ibrahim who was attending a public school in London.

Another Nigerian friend of his placed him on monthly financial support of £500 for 18 months.  He was using a Volkswagen (Passat) that was given to him by a Nigerian ambassador to a European country. He had no driver.  Upon his pardon by the Shagari administration, a group of Nigerians had to raise money to build a house for him. If Gowon had passed through all these, definitely we need very concrete evidence from Tom Tugendhat, to believe that Gowon did steal the CBN vault dry before he left office. But if his voice in the British parliament is the cry of one carried away by parliamentary immunity or in the words of Lars LausThygesen,  a beating from someone who has no integrity, then he must retract his allegation and apologize to Gowon and Nigerians for this misinformation and character assassination.