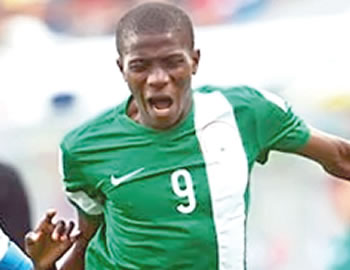 Globacom has congratulated Nigeria’s Flying Eagles on its 2-1 away win over the Young Falcons of Sudan last Sunday at the El-Merriekh Stadium, Khartoum, in the first leg of the final qualifying round for 2017 U-20 African Cup of Nations.

Globacom, in a press statement released in Lagos on Monday, gave kudos to the team for the victory in Khartoum which gave the team a brighter chance of qualifying for the next U-20 AFCON scheduled for Zambia in February, 2017.

“The Flying Eagles were outstanding in their performance against Sudan; we urge them to sustain the momentum during the return leg in Lagos in a fortnight so as to pick the ticket and fly Nigeria’s flag at the continental championship,” Globacom said.

“The match was tough and the weather was harsh. We commend the team for their hard work, concentration and never-say-die spirit which earned them the away victory,” the statement added.

The hosts had taken a 27th minute lead before the Flying Eagles handled by Emmanuel Amuneke drew parity in 67th minute through Samuel Chukwueze, while Victor Osimhen got the match winner in the 86th minute which gave Nigeria a 2-1 advantage ahead of the reverse fixture.

Globacom, which is the official telecommunications partner of the Nigeria Football Federation (NFF) and the major sponsor of the Nigerian national teams, enjoined Nigerians not to relent in giving the much needed support to the Flying Eagles through prayers as they prepare to cross the hurdle to Zambia 2017.