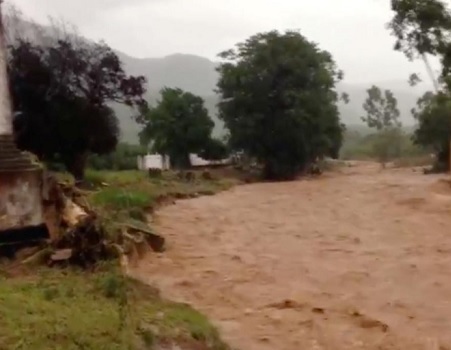 In what can be considered a proactive move by the government, Governor Kayode Fayemi of Ekiti has ordered the immediate relocation of a public primary school at Ikun Ekiti in Moba Local Government Area of the state from its present location at the Ero river area to a safer site.

Prof. Femi Akinwumi, Chairman of the Ekiti State Universal Basic Education Board (SUBEB), on Sunday made this known during an on-the-spot assessment of the premises of the school and the new site at Ikun-Ekiti.

According to him, the governor’s decision is a proactive one, premised on the urgent need to curtail the incessant threats of flooding from the Ero River during rainy seasons.

The News Agency of Nigeria (NAN) reports that the SUBEB Chairman noted that the affected school, United Primary school, Ikun Ekiti, established since 1944, was bedeviled by perennial flooding over the years.

Prof Akinwumi further explained that the governor’s decision to relocate the school was to guarantee the safety of both the teachers and pupils as well as arrest the continued destruction of public property by flood.

He reiterated the commitment of the current administration to the welfare and wellbeing of people of the state.

The SUBEB Chairman stressed that the administration placed a high premium on the safety and security of pupils and teachers in the state.

He added that Gov.Fayemi had also directed the speedy construction of additional classrooms at the school’s new site, adding that immediate work would begin on the erection of the new buildings.

He lauded the support of people in the community for efforts of the government at providing a conducive environment for teaching and learning in the state.

The Chairman particularly stressed that bringing the attention of government to the danger posed by the Ero river to the school’s old site, as well as providing new site for the school was commendable and appreciated.

In his remarks, the Onikun of Ikun-Ekiti, Oba Olatunde Akorewolu,  expressed appreciation to the government for promptly responding to the community’s request.

The traditional ruler promised that apart from providing six plots of land for the construction of the new school, the community would also provide additional logistics support for SUBEB to ensure the early completion of the planned school buildings.

Oba Akorewolu also commended the administration for the ongoing rehabilitation of the Ero Dam in the community and for resuscitating the Ikun Dairy farm, almost 41 years after the project was conceived.

He added that securing a reputable foreign technical partner for the project was ingenious and laudable.

Also speaking, the Ekiti SUBEB Permanent Secretary, Mr Oluwadare Ajayi, urged communities to emulate Ikun Community by promptly informing government when lives of the people and public infrastructure were under threat by natural and human activities.