FG urged to declare state of emergency in energy sector 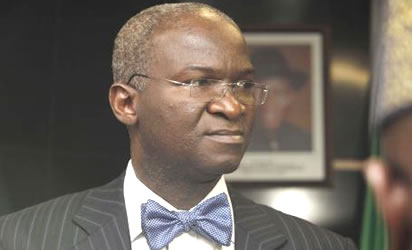 THE Federal Government has been urged to declare a state of emergency in the energy sector as the only way to improve on power generation and distribution in the country.

Former dean, Faculty of Law, University of Abuja, Professor Mohammed Waziri, made the call at a symposium in his honour and held at the Mini-Campus of the university, Gwagwalada.

The symposium with the theme: “The effects of energy policy and power reforms in Nigeria,” had a veteran Nollywood actor, Anayo Modestus Onyekwere, popularly known as Kanayo Kanayo, as one of the panelists.

Waziri, who raised several posers on the menace of the energy sector in Nigeria, said the energy challenge in the country was worse than Boko Haram.

“What is the component part of the ease of doing business when malaria is killing very indigent people because they don’t have working ventilation system. I think, the issue of energy is more than topical and government should declare a state of emergency in the sector”.

A senior lecturer in the Department of Public and International Law, Facaulty of Law, University of Abuja, Dr Olanrewaju Oladeitan, in his contribution, said the critical problem of energy crisis lied in the obsolete energy infrastructure in the country.

Oladeitan noted that for very long time, Nigeria had monopoly in National Electricity Power Authority (NEPA), explaining that by the virtue of the monopoly NEPA concentrated on generation, transmission and the distribution.

“Now that we have unbundled, the required synergy does not really exist between the different unbundled components,” he said.

No apologies for retiring ‘political’ military officers in 1999 —Obasanjo