Real EstateProperty and Environment
By DAYO AYEYEMI On Mar 16, 2021 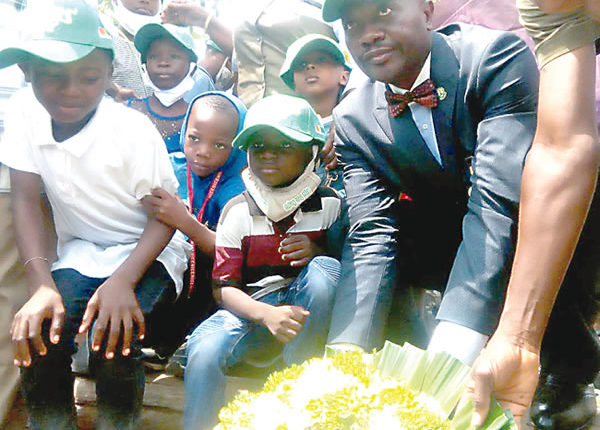 Builders’ Day 2021 has come and gone, but the message of the day cannot be forgot soon, no thanks to professionals in the built environment, who have renewed call for the implementation of the National Building Code, while making case for the engagement of right professionals for the management of building projects to promote best practices and standard in the construction sector across the country. DAYO AYEYEMI reports.

The issue of frequent building collapse with its associated pains, loss of lives and properties in Nigeria dominated the discussions at the weekend as builders gathered in all the state capitals of the federation to commemorate Builders’ Day 2021

Apart from builders, other built environment professionals that joined in the second edition of the exercise, called on the Federal Government through the Minister of Works and Housing, Mr Babatunde Fashola, to expedite further actions on the National Building Code project.

Both the federal and state governments were urged to give legislative backing to full implementation and domestication of the building code.

From Lagos to Sokoto and from Port Harcourt to Maiduguri, the talks of the day were targeted at sensitising stakeholders on building projects and also the public on the need to construct with standard in order to prevent a repeat of Ita-Faaji building collapse calamity in 2019.

The theme of the day was ‘Professional Builders’ Engagement in Building Production Management.”

“A nation without building code leaves its construction sector to the whims and caprices of quacks and emergency profiteers,” he said.

Awobodu stated that March 13, remained a symbolic day to remember victims of building collapse and campaign against shoddy and unprofessional workmanship.

The NIOB president seized the occasion to empathise with all survivors of building collapse and those who lost loved ones in various collapses across Nigeria.

He pointed out that the school children at Ita-Faaji who were in attendance and others who survived one collapse or the other needed care and attention to pick up their lives again in addressing the scars.

“Help and counselling in overcoming the trauma of such collapse remains necessary,” he said.

The president also performed the ground-breaking ceremony of the NIOB’s Vocational Training Centre in Abuja as part of the activities for the day, apart from free community services rendered by members at identified building/construction sites in all the states of the federation.

In their goodwill messages, President of the Association of Professional Bodies of Nigeria, Nigerian Institute of Architects,Nigerian Institute of Town Planners, Mr Akinoye Oyegbola, Mr. S. T.  Echono and Olutoyin Ayinde respectively, lauded NIOB for the initiative to sensitise the entire Nigerians on the issue of quality and standard building construction.

They also urged government to expedite action on the implementation of building code and the need for built environment professionals to team up to eradicate causes of building collapse.

Apart from 20 children that died in the building collapse at Ita-Faaji in 2019, survivors, numbering more than 30 pupils were present at the builder’s day celebration in Lagos Island.

Lamenting their losses, one of the parents, Mrs Omowunmi Balogun, who lost a girl child, said that information reaching them was that the owner of the collapsed building site has been lobbying to get the site back and resell it.

“We heard that the owner of the plot of land is trying to get the site back to resell it. Children that died in the collapse building are more than those assembled here today,” she said.

Another mother, who lost two kids in the building collapse two years ago, Mrs Rashidat Afolabi, said she was yet to come out of the shock.

She begged that something should be done on the site in memory of the victims of the collapsed building.

The victims’ relatives also alleged that all the promises made to them by government were yet to be fulfilled two years after.

Awobodu, however, told the residents that government had confisticated the site, assuring that “no one can buy the land or build on it again.”

Identifying causes of building collapse, Awobodu disclosed that outcome of many investigations on collapsed buildings has identified inappropriate management of the building production process on sites as the major problem.

He pointed out that the interwoven complex activities of building construction required expertise in their management, adding that “the expert to handle this delicate process is the trained and certified builder, who has been licensed by the Council of Registered Builders of Nigeria (CORBON).”

Awobodu added that the loophole in the law and development process that had been severally exploited to promote quackery on building sites, especially in Lagos State and Nigeria in general was again identified by the panel of investigation.

“The third factor in this series of building collapse is lack of accountability and failure to bring culprits to book. There have been many building collapses in Nigeria. Conservatively, Lagos accounts for about 60 per cent of the figure of collapses,” he said.

As revealed in NIOB record, Awobodu stated that most of the buildings that collapsed in Nigeria lacked professionalism in the production and construction process and its management.

“This is an aberration and an affront on the law of the Federal Republic of Nigeria that recognises a trained and licenced professional (the Professional Builder) to handle and manage the construction and production processes of every building,” he said.

He maintained that there was need for the Nigerian government to get rid of quacks on all building sites.

He added that respective states should prioritise the safety of lives during and after construction by having laws and regulations that meet or exceed the basic minimum requirements of the National Building Code.