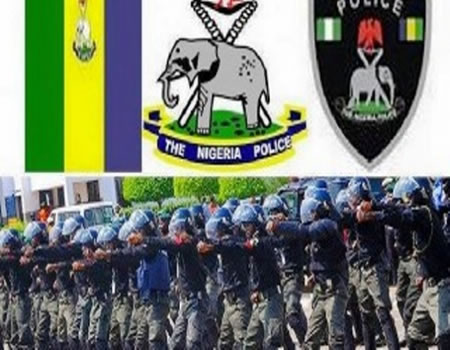 MORE trouble appears to be looming from top hierarchy of Nigeria Police Force (NPF) as Federal Ministry of Finance recently discovered that its personnel and payroll had been beefed up by 78,315 fake personnel.

This is as it was also revealed that Federal Government saved N68 billion on personnel cost in 2017.

According to Presidency sources, after overcoming stiff opposition “including sponsored protests by policemen in Abuja and Lagos”, NPF was eventually enrolled into the Integrated Payroll and Personnel Information System (IPPIS) which revealed that officials of the force have padded the monthly emolument register with 78,315 ghost personnel.

The source stated that before the enrolment of NPF in IPPIS, the government was paying salaries of 370,000 personnel, a figure that is always repeated by top hierarchy of the force anytime they were speaking in public but by February when salaries were being paid, only 291,685 names were found to be the real figure.

And with this discovery, Nigerian Tribune gathered that President Muhammadu Buhari has instructed Accountant General of the Federation to ensure that universities, other tertiary institutions and Nigerian military are enrolled into IPPIS before the end of 2018.

ALSO READ: Dapchi 104: Before another episode of tragicomedy

“Staff of para-military agencies (Nigeria Immigration Service, Nigeria Prison Service and Nigeria Security and Civil Defence Corps) enrolled to date is 100,882 for which a trial payroll of N11,456,278,859.00 have been sent for review and update for April 2018 payroll.”

Minister of Finance, Mrs Kemi Adeosun had told the Federal Executive Council (FEC) meeting on Wednesday last week that savings made through IPPIS were achieved despite increased in personnel, including the employment of 10,000 by the Nigerian Police.

She added that the introduction of the IPPIS had resulted in the reduction of ghost workers’ syndrome, enforcement of compliance with due process on employment of staff in MDAs, and prompt and timely payment of salaries and remittances of third parties’ payments.

Adeosun noted further that the IPPIS had become an assured source of internally generated revenue through payee to States and Federal Government.

The Finance minister called for adequate funding of the IPPIS project to achieve its lofty objectives and to enable replacement of the obsolete infrastructure.

She also canvassed the need for a legislation to impose sanctions on non-compliance MDAs to achieve speedy and successful service delivery.

“There is need to kit IPPIS stakeholders to overcome challenges for effective and efficient service delivery at all times,” Adeosun recommended.

Phase 1 of IPPIS project sponsored by World Bank went live in 2007 with seven MDAs while the.

Verification and data capturing of resident doctors and honorary consultants in federal health tertiary institutions have been recently concluded across the country.