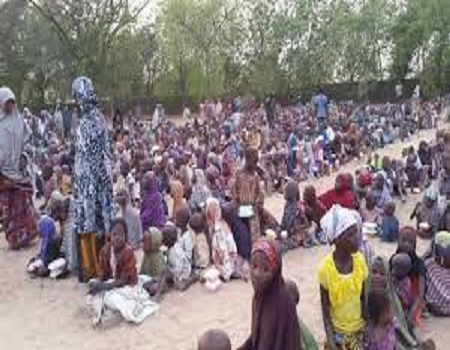 A statement by the Head of Press and Public Relations of the Commission, Mr Abdul Onu, quoted Mohammed as saying that the programme tagged ‘Project Reliance’ was conceived by the Commission to massively provide a sustainable durable solution to displaced persons by helping them to acquire skills in various vocations and providing them with starter packs and capital to start their businesses.

“If you give a man a fish, you have fed him only one day, but if you teach the man to fish, it is for a lifetime,” he said.

Mohammed announced that under the ‘Project Reliance’ which is supported by the Central Bank of Nigeria, Borno State alone is targeted to register about 350,000, while about 50 vocations have been identified for the beneficiaries to choose from.

Speaking further, he said that the choice of Borno to flag-off the programme was informed by the fact that the State has the highest number of displaced persons in the country, assuring however that the project will cover the entire country.

The Central Bank Governor, Godwin Emiefele restated the support of the Apex Bank for the project.

Represented by his staff, Antony Ikechukwu, he acknowledged the plight of the displaced persons which he said calls for serious concern.

The Shehu Borno, Dr Umar Ibn Garba El-kanemi expressed optimism that the state would overcome it’s security challenges, even in the face of the Boko Haram insurgency.

“Borno is an Empire of over 1,200 years, we have passed through many things including the Fulani invasion and Maitesine. By God’s grace even this Boko Haram which is meaningless will end soon,” he said.

Borno State Governor, Professor Babagana Umara Zulum commended President Muhammadu Buhari and Management of the Refugees Commission for the timely intervention, coming at a time the state was making frantic efforts to resettle and rehabilitate the displaced persons back in their ancestral homes.