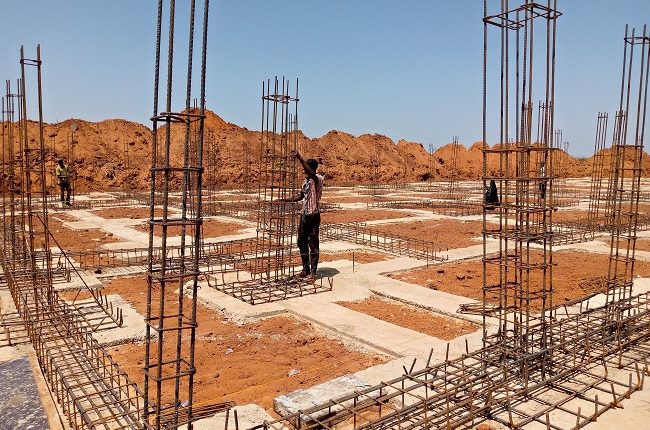 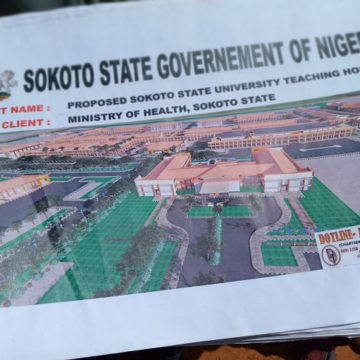 Sokoto State government has commenced work on the construction of teaching hospital affiliated to the state University which was awarded at the cost of 6.8 billion naira.

The teaching hospital which was awarded by the state executive council a few months ago to serve as Sokoto State University Teaching Hospital, and located in Kasarawa area of Wamakko local government.

Briefing journalist who were on an inspection tour to some of the state government ongoing projects in the state, the project consultant, Architect Kabir Umar Yabo, assured journalist that the project will be delivered on time.

He said the contractor has thirty-month periods to deliver on the hospital project out of which less than two months have been used so far.

According to him, “The building here consists of 22 structures which include; main Administrative building, Clinics, VIP ward, VVIP ward, Theatre, Labourer room, Laboratory among others.

“We move to the site here on September 16 after the land compensation was paid to the landowners here by the government and this is a result of just about forty days.

The teaching hospital according to Yabo when completed will not only boost the health facility in the state but also assist the nearest states to source for better health care.

Also speaking, the site engineer, Engineer Usman Muhammed, confirmed the readiness of the firm to deliver a good job.

He explained that more than Ninety (90) per cent of the workers in the site are from the state, saying the bulk of materials in use were also sought for within the state except for few ones which came from the neighbouring state like Zamfara.

Muhammed further disclosed that about an average of 1000 labourers are engaged on daily basis to complement the efforts of the professionals at the site.

He said the number of people to be engaged for each work or profession depends on the level or type of work to be carried out.

In a related development, the chairman of the Nigerian Union of Journalist (NUJ), Sokoto State chapter, Comrade Isa Shuni, commended the contractor for the job so far.

He urged them not to compromise on the quality of work to be delivered, which he said is for the benefits of everyone living in the state.

He also appealed to the state government to do everything humanly possible to get the projects delivered within the time frame.

The chairman advised the journalist in the state to keep both the contractor and the government on their toes by being objective in their reporting for the benefits of the masses.

At 38th AGM, Odu’a declares Profit Before Tax of N890m