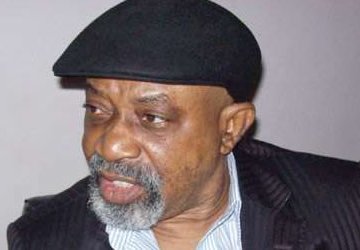 The Federal Government has commenced the probe of the top management of Nigeria Social Insurance Trust Funds (NSITF) over N62.3 billion fraud.

Minister of Labour and Employment Senator Chris Ngige inaugurated the administrative panel of enquiry to probe what he described as “various acts of fraudulent diversions” from contributions made to the NSITF from both the Federal Government and the Private sector.

The contributions, according to the minister amount to N62.3 billion as at 2015, adding that the fraud was allegedly perpetrated by past board members and management staff of the NSITF.

Also, two other staff, the General Manager Legal, Adebayo Aderibigbe and the Deputy General Manager Finance, Henry Ekhasomi have already been charged to court by the EFCC.

In carrying out their duty, the Panel of Enquiry, headed by the Director of Finance and Account, Ministry of Labour and Employment, Mr Ishaya Awotu, is to interview and interact with the former Chairman of NSITF, Mrs. Ngozi Olejeme, the immediate past four executive directors, the ex-director Nigeria Employers Consultative Association (NECA), Richard Uche, ex-director Nigeria Labour Congress (NLC), Comrade Aderemi Adegboyega and the former Managing Director, Umar Munir Abubakar.

While inaugurating the panel in Abuja yesterday, the minister said: “The need for an Administration Panel of Enquiry arose out of the necessity to purge the NSITF of all negative colourations inflicted by the last board and administration of the establishment.

“As you may all be aware, the last board and administration of NSITF left negative trails inimical to any advancement and progress for both the human and infrastructural components of the NSITF.

“The Economic and Financial Crime Commission had discovered various acts of fraudulent diversions from Federal Government and private sector contributions amounting to N62.3 billion as at 2015, allegedly perpetrated by past board members and management staff of the NSITF.”

Ngige pointed out that some members of the previous board as well as public servants in the NSITF which include the former Managing a Director, the present General Manager Legal and the Deputy General Manager Finance and Accounts, have been arraigned and charged to court by the EFCC.

Being mindful of the fact that the EFCC is currently handling the criminal activities, the minister said the Panel of Enquiry “is expected to unearth the administrative machinery that made the looting of colossal amounts of money in the NSITF possible.”

He said the enabling administrative mechanism must be traced in order to ensure that such criminal acts do not reoccur as it has contributed immensely to the financial ill health bedevilling the organization today.

Apart from the issue of fraud rocking the agency, the minister said it is disheartening to note that contrary to the Act establishing the NSITF, no Accounting Audit Report and Returns had been done in the NSITF since the year 2013 to date.

He stated that all efforts he made through a directive to the NSITF management, requesting for the Audit Report were frustrated.

The minister charged the panel with the terms of reference, which is to investigate and render the report on the accounting procedures of the NSITF, in order to ensure proper accounting and management of funds especially on how the internal audit mechanism of the establishment broke down, allowing for such colossal loss of funds from the Organisation.

The panel is also to conduct a proper audit of the NSITF and render reports; to find out how the statutory deductions of pensions, Staff Housing Fund and Taxes (PAYE) were not remitted to the relevant bodies for years.

The panel is also to report on any other financial matter in the NSITF.

It is also expected to conclude its investigations and submit its report to the Minister of Labour and Employment within six weeks.

Meanwhile, the staff held a mild protest last week at the headquarters of NSITF, Abuja over the failure of the management to pay their allowances which is long overdue.

The workers, who were planning a serious protest for next week, said the management deliberately ignored the other staff, while it paid all the allowances of the top management staff.

Meanwhile, the Managing Director, Mr Bayo Somefun, is technically off the hook, as he only took over the management of the fund in May last year.

The probe did not cover the little time he has spent in NSITF, but the staff were blaming him, for allowing the top management have their way on the issue of unpaid allowances.