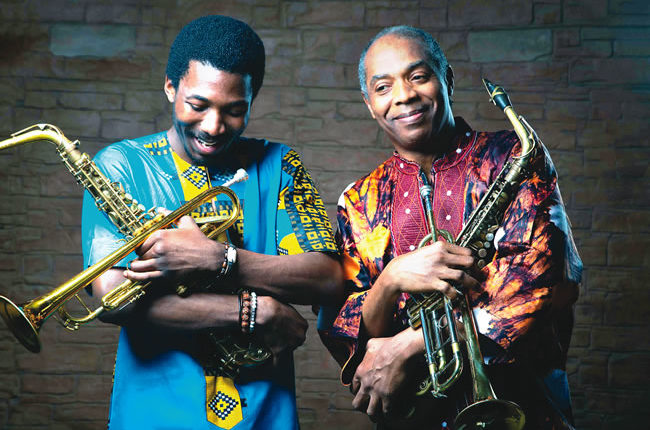 Afrobeat legend, Femi Kuti and his son Made Kuti have joined forces to release ‘Legacy +,’ a special two-album package that includes solo albums from each artiste – Femi’s ‘Stop The Hate’ and Made’s ‘For(e)ward’. The project has earned critical acclaim, as Femi and Made proudly carry on Fela Kuti’s legacy as torchbearers for change.

The musical work is steeped in the tradition of Afrobeat, invented by Fela Kuti, who is Femi’s father and Made’s grandfather. However, each album also brings their own unique vision and sound. For instance, ‘Stop The Hate’ honours Fela in a traditionally fun, sharply political, and affirming way. In contrast, ‘For(e)ward’ is a modern and progressive freedom manifesto, pushing boundaries of the subgenre even further.

An important footnote is the fact that Made also performed every instrument on his album. The New York Times appraised the young musician as a one-man studio band who merges the slow-simmering rhythm and implacable horn riffs of vintage Afrobeat with a looping, prismatic, multilayered production.

The new opposition to open grazing