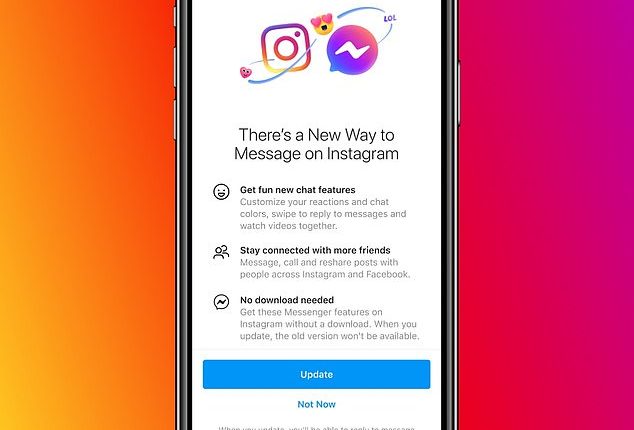 Facebook has officially slid Messenger into Instagram’s Direct Messages and so, people using Messenger can communicate with those on Instagram without having to download the app and vice versa, the Daily Mail of UK reported on Wednesday.

The social media giant announced an update that merges the two messaging services into one unified system. 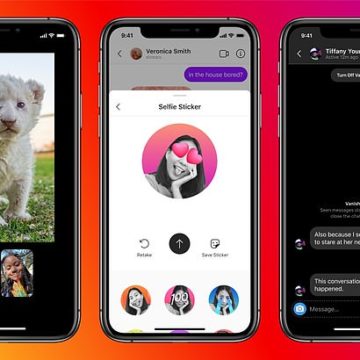 The rollout includes more than 10 new features including stickers, Watch Together and a vanish mode that allows users to set messages to automatically disappear after they are seen.

The most notable change is that people using Messenger can communicate with those on Instagram without having to download the app – and vice versa.

News of the integration first surfaced in 2019 when Facebook revealed plans to merge Messenger, Instagram Direct Messages and WhatsApp.

The company was still in the early stages of the work last year but had set 2020 for when the move would be complete.

“More than a billion people already use Messenger as a place to share, hang out and express themselves with family and friends,” Facebook shared in a blog post.

“That’s why we’re connecting the Messenger and Instagram experience to bring some of the best Messenger features to Instagram – so you have access to the best messaging experience, no matter which app you use,” it added.

The merge was rolled out last month to a few users, but now every Instagram user can update the app for access.

Users have access to new colourful look for chats, a new list of emojis, the swipe to reply to message option and the ability to chat with friends on Facebook – bringing the messaging services into one platform.

The update includes Message Controls that allows people to decide who can message them directly and who cannot message them at all.

The move also comes as CEO Mark Zuckerburg battles with government regulators who are investigating the possibility of breaking up the social giant.

Facebook recently went in front of Congress, which is investigating the social media site’s acquisition of Instagram and WhatsApp.