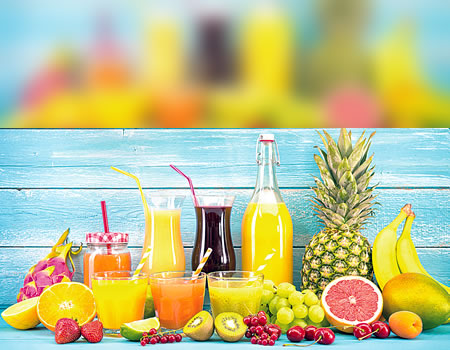 A food and nutrition expert with the Lagos State Government, Olusola Malomo, has stated that regular intake of fruit juice can end micronutrient deficiency, a condition he defined as absence of vital micronutrients. He noted that the shortage of such nutrients is as life-threatening as common health challenges.

Malomo said this at the August edition of his healthy living dialogue, a programme supported by Chi Limited as part of its ‘no-added sugar’ campaign, which kicked off last year.

He noted that fruit juice contains essential micronutrients, which are deficient in most foods consumed especially by urban dwellers. Absence of such nutrients, he said, could incapacitate human system and lead to serious health challenges.

Millions of people, Malomo added, are currently suffering from deficiency in micronutrients.

“The socio-biological issues associated with micronutrient malnutrition came to the fore in 1991 at the Hidden Hunger Conference where the world pledged their commitment towards reducing the challenge.

Close to three decades after that conference, millions of people still suffer from micronutrient deficiency especially in third world countries like our own.”

In the series, the expert traced the origin of fruit juice to an old French phrase ‘jus, juis, jouis’, which translates to liquid obtained by boiling herbs. He classified the product to not-from-concentrate and from-concentrate categories, stressing that 100 per cent fruit juice is as good as whole fruit. The expert was reacting to what he called wrong perception that no juice is as healthy or nutritious as whole fruit.

“Depending on the technique, the juice is either heated by steam so the water in juice evaporates or ‘ultra-filtrated’, and then concentrated using a reversed osmosis technique. Juice concentrate is born. Next, water is added back to the concentrate and blended to produce high-quality juice. The juice is pasteurised to ensure that the fruit retains all its natural vitamins and nutrients before packaging”.

“Regardless of the method used, 100 per cent fruit juice producers capture the fruit’s natural goodness and the qualities from the whole fruit from which the juice is squeezed. Not-from-concentrate juice and from-concentrate juice use the same fresh raw materials, and they are both considered to be minimally processed fruit”.

“Like in the case of Chivita, the fruit juice packed using aseptic method to help protect its natural nutrients and quality without the use of any preservative,” he reiterates.

The Chivita ‘no-added sugar’ campaign seeks to support the sharing of unbiased information on the relevance and nutritional value of 100 per cent fruit juice by independent efforts of experts.

‘I intend to transform 10,000 young teenagers to entrepreneurs in Oyo State’