Entrepreneurship and the Nigerian malady 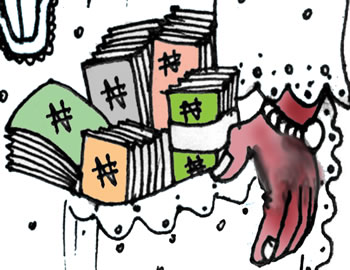 The debate on what government’s ideal position on entrepreneurship should be has elicited divergent economic postulations from idealists of different eras. On the one hand, Karl Marx leads the team, comprised of socialists, leninists, among others, which opines that government should superintend the factors of production and give room for no private ownership. On the other hand, the West has, through diplomacy and international advocacy, evangelised the advantages of capitalism. On a broad scale, the world is split along these two divides, and Africa, for the most part, finds itself in the latter category.

As it stands in Nigeria today, entrepreneurship is a concept that successive governments have paid lip service to.

By way of backdrop, I should say that  entrepreneurship is alien to the vast majority of Nigerians. This perhaps serves as the raison d’être for our misguided perception on who should create jobs. Needless to say that paradoxically, we find most schooled Nigerians guilty of this. The idea we are ingrained with gives the illusion that education is all about questing for white collar jobs. At worst, the government is ever there to employ people. But when many seek jobs and are not able to get any, they resort to the civil service. This has brought about an imbalance in the employment scale, with government being the highest employer of labour in Nigeria, a situation that has been very deleterious to the economy. Any growth-driven economy is such that pays premium on private ownership of the factors of production. This employment imbalance has, over the years, brought about an exponential increase in our recurrent expenditure because government pays salaries to its ever increasing civil servants. In the wake of the oil crisis that began last year,  bringing about a continual fall in the prices of crude oil, many civil service states inevitably began to owe their workers for months.

Entrepreneurs make the world go round. They form the nucleus of any economy for obvious  reasons.

Entrepreneurs are always innovative. The quest for profit drives them in discovering the right people with the right ideas. They go fishing – something the government cannot do. In most civil service organisations today, workers are usually indolent, and most times, unqualified. Yet, they receive salaries at the end of every month. Their attitudes towards their jobs can be so counter-productive. Bad as that is, the assumption is that entrepreneurs would never allow such attitudes like dereliction of duties, lack of qualification, among others, which are prevalent in the civil service.

The government has hindered the growth of entrepreneurs in Nigeria over the decades. One of such ways is the lack of requisite infrastructure needed to grow the economy. Till date, Nigeria generates an infinitesimal amount of megawatts needed to electrify every state. Power failure and erratic power supply have, over the years, been albatrosses bedevilling the power sector. Most Nigerians have long since resorted to using generators as an alternative which really is pricey to maintain and dangerous to health. Government can only address this problem by utilising the many alternative sources of power apart from hydro. Doing this will not only stabilise power, but also will create jobs for private investors. Needless to say that infrastructure such as roads, water, etc should equally be accorded the same sense of urgency as they are requisite to the growth of businesses.

Vocational institutes and technical colleges across Nigeria are in deplorable conditions. This is because government has only been sympathetic to formal education. But formal education has limited prospects compared to non-formal education. In fact, given the harsh realities of the Nigerian economy, savoir-faire demands government treats non-formal educational institutes with equal respects, if not more. These institutes are the ones that empower people with practical skills needed to start businesses. The Bill Gates and Steve Jobs of this world used their computer skills to change the world. Microsoft corporation has over 80,000 employees. It cannot be controverted that the curricula of our formal institutions are tailored, for the most part, towards pedagogy. That explains why Nigeria still imports labour to meet its developmental needs. I, therefore, submit that Nigeria introspects and fastidiously carve out a curriculum designed towards the development of man and resources. China, despite its large population, has through entrepreneurial policies empowered its citizens. I believe strongly that if our technical schools and  vocational institutes and even formal institutions are spruced up with the right gadgets and revised curriculum, entrepreneurship will experience a watershed of growth in Nigeria.

Capital, as a factor of production, is not easy to access in Nigeria, especially by the poor. Financial institutions make it difficult to obtain loans. Government can correct this by setting up low-interest funds for innovative citizens.

I’m well aware that  Nigeria isn’t void of theories on how to salvage its many problems. I remember in primary school, I could tell the problems of agriculture in Nigeria and also could proffer solutions to them. As I write this piece, those problems and solutions, I believe, are still being taught in schools because nothing has changed over the years.

Brexit: Why EU should punish UK

Tinubu, Atiku and the Nigerian project

Olugbenro Ajayi: The passage of a teacher, college administrator, an illustrious…

Time to review the Nigerian Passport