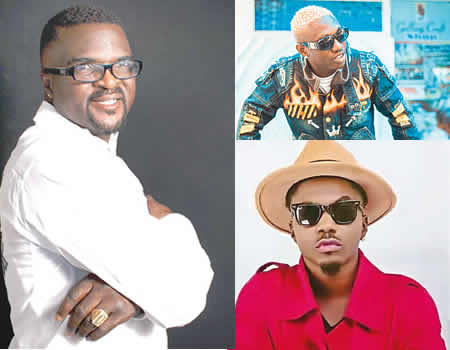 From the flood of mentions on social media to the popularity of the slang ‘Egungun be careful’, it has been a while coming for popular fuji musician, Abass Akande, who is fondly referred to as Obesere, as he appears to have regained prominence in the music industry.

The Ibadan-born musician made a name for himself through the fuji genre of music and many critics are of the opinion that his prominence in music was between the late 1990s and the early 2000s.

While his music influence waned over the years due to the hip-hop genre which took over the music scene and forced other genres to take the back seat, Obesere, it was learnt, managed to stay afloat with shows and concerts sponsored by brands.

The resurgence he is currently enjoying has been traced to the exhumation of the lyrics of one of his songs which quickly impressed on many as a slang expression, which coincided with the ban that was placed on motorcycles in Lagos in February.

The slang soon became an anthem of sort on the lips of many as both young and old suddenly caught the bug of Obesere’s resurgence. The slang ‘Egungun be careful’ took over the social media space and ‘revived’ Obesere’s popularity and music career.

The Asakasa crooner, however, refused to admit that the popularity of his music and brand was on the downward slope. He revealed that his songs usually have ‘playback’ value and God had promised him that he would be relevant from generation to generation.

“Being able to be relevant over a long period is what professionalism is about. There is something we call ‘playback’ in the music industry – that is a song that has a long lifespan and is still relevant years after its release. Any song that doesn’t have ‘playback’ is not good.

“From Mr Teacher, OBTK to Asakasa, many of my albums are like that. It’s just that Egungun Be Careful is the most trending at the moment. It is God that made it so and He told me that He would promote me from generation to generation,” he had said in an interview.

With ‘Egungun be careful’ becoming a popular expression and bringing limelight on the originator, some Nigerian hip hop musicians decided to jump on the bandwagon as collaborations with the singer surged.

That’s how stars do crooner, Skibii, was the first to feature Obesere on a track entitled ‘Egungun’. The song was released earlier this month to positive reception from music fans.

Many were already looking forward to Obesere adapting to hip hop style in order to sustain his new-found popularity. After the joint effort with Skibii came Zlatan.

Rapper Zlatan Ibile, whose real name is Omoniyi Raphael, decided to invite Obesere to his studio as a picture of the two musicians working together surfaced online before their single was released.

The single which featured Obesere and Zlatan was entitled ‘Egungun be careful’. The song is already doing the rounds on social media and music charts in the country.

While opinions are divided on the quality of the song and its lyrics, R has gathered that many hip hop artistes are already taking turns to collaborate with Obesere in making music.

More singles are expected to drop in the coming weeks as Obesere charts the waters of hip hop music in order to sustain his seemingly rediscovered music mojo, even as observers of happenings in the industry posited that his newly discovered fame may not last because he, Obesere, did not appear to have the music prowess in him again.

Why I won’t condemn people with many wives —Setonji