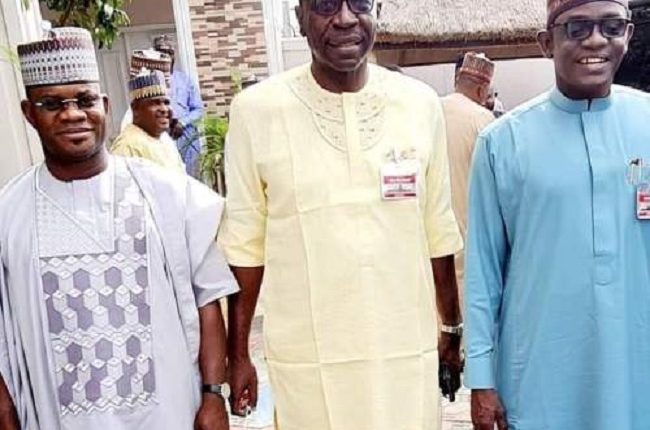 Also at the meeting which was held at the latter residence was Kogi State governor, Yahaya Bello.

Details of the meeting were sketchy as at press time.

The interim national leadership of the party had on Tuesday issued a statement, congratulating the candidate of the People’s Democratic Party, Godwin Obaseki who won the election and consequently earned a fresh mandate of four years.

The party in the statement appealed to its candidate, Pastor Ize-Iyamu to emulate President Muhammadu Buhari who had earlier congratulated Governor Obaseki.

Governor Buni in the statement he personally signed urged all chieftains across party divide to” put an end to the era when electoral contest become warfare. We urge our candidate and all our members to join us in congratulating Mr Godwin Obaseki and the PDP, being the declared winner of the election.”

Ondo 2020: PDP not divided over Jegede ― Campaign organisation
The All Progressives Congress (APC) has won 14 out of the 18 chairmanship seats in the just-concluded Ondo State local government elections conducted in the state last Saturday…..Buni and Ize-Iyamu

The National Chairman of the Peoples Democratic Party (PDP), Prince Uche Secondus, has admonished the Directorate of State Security Service (DSS), to refrain from further harassment of former Deputy Governor of the Central Bank of Nigeria (CBN), Dr Obadiah Mailafia…Buni and Ize-Iyamu

Sanwo-Olu to address Lagosians on Wednesday morning over Lekki shootings