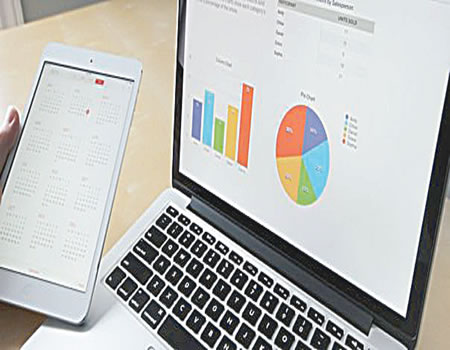 Nigeria is already ranked progressively ‘Amber’ on the global data protection scale, the DSPL boss revealed. According to Balogun, DLA Piper, which ranks data protection regulation of each country all over the world through colours, had given the NDPR Amber, which shows it’s a moderate regulation. DLA Piper is a global firm with presence in countries throughout the Americas, Europe, the Middle East, Africa and Asia Pacific.

“In Piper’s ranking, Green is for strong regulation; Amber is for moderate and Red is for weak regulation. NDPR was awarded Amber, which is moderate. There are some advanced countries in the world that their regulation was marked Red; countries that are more advanced than us. So, if you want to look at it, NDPR in terms of comparison to other countries’ regulation is decent and progressive,” said Balogun.

Balogun, who is also the Convener of the Association of Licensed Data Protection Organisations of Nigeria, commended the efforts of the immediate past Director-General of NITDA, who is the current Minister of Communications and Digital Economy Dr Isa Ali Ibrahim Pantami, for coming up with the NDPR.

Balogun added that in terms of the structure of the implementation, the NDPR is unique in the world.

“It is unique in the sense that it creates that layer of licensed firms to help organisations for implementation. There is nowhere in the world where that is done. That uniqueness is a masterstroke, very ingenious by the immediate past DG of NITDA and his team. All other African countries are now looking at our model” he explained.

Since licensed as a Data Protection Compliance Organisation (DCPO), DSPL has become a leading DCPO in Nigeria’s fast-growing data protection industry with robust grip of the public sector.

According to Balogun, DSPL has mapped out strategy to help public institutions comply with the country’s data protection regulation. This strategy, the company said, was necessitated by the fact that data breaches are likely to occur mostly in the public sector.

He said ministries, departments and agencies (MDAs) of government in the country handle the largest amount of personal data that could be easily compromised, thereby leading to a breach of the NDPR.

DSPL has been driving the advocacy among public institutions to ensure that they comply with the NDPR, Balogun added.

“We are doing a lot of advocacy in the public sector because public institutions are the biggest processors of personal data anywhere in the world. Government data subject is the population. If you are in the private sector, your population is your customers.

“So, if you only have 20,000 customers, that’s your entire population, but government controls the data of all citizens from the local government to state and the federal.

“Also, any public institution, any ministry, department or agency, from local government or whatever, will tend to handle personal data more than the private sector,” Balogun said.

While noting that the company has strategically introduced solutions for the public sector, he said its products also cater to the need of organisations in the private sector.