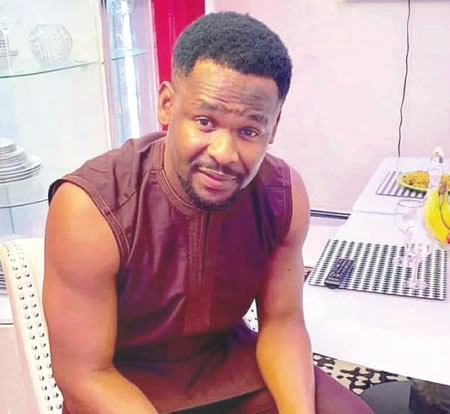 As controversies continue to trail popular Anambra Prophet,  Chukwuemeka Odumeje, famously known as Indaboski, one of his  friends and popular actor, Zubbie Michael has refuted reports claiming that he got he got his spiritual powers for his Nollywood  success from Odumeje.

Michael, who is the Special Adviser to a South East governor in a video released on his Instagram page berated those linking his success to Odumeje’s ministry. He said contrary to reports doing the rounds, the popular cleric is his friend and not his pastor.

It should be recalled that the self-acclaimed ‘Lion’ had been accused of serial abuses of the Nigerian naira and other currencies during his public ceremonies at his location in Onitsha.

But Michael in the video explained that while he would not deny being a friend of Odumeje, whom he claimed to have known for a long time, he has neither been his pastor nor prophet.

According to him, people can enjoy the drama Odumeje displays but they should not link his success in Nollywood to anyone but God.  “He’s friend from Onitsha and I can’t deny that fact. But people should show me when they saw me praying in his church. I don’t go to church because I am more of a spiritual person. “

He added that people are only insulting God if they keep saying Odumeje was behind his success in life. “He’s my friend not my pastor. He came to my house warming and sprayed me 1 million naira and I returned the gesture when I went to his vent where I also sprayed 500,000 naira. Anybody who says he’s my prophet should be careful not to invite the wrath of God”, he warned.

Spraying disinfectants can be ‘harmful’, says WHO