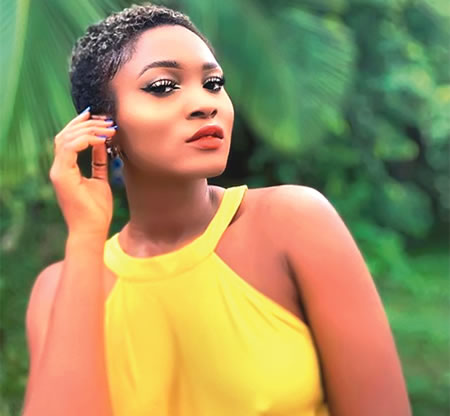 From being touted as one of best female Nigerian rappers to  becoming a popular fashion entrepreneur and life coach, Eva  Alordiah, who is known simply as Eva, is one top female act who  can lay claim to have explored the highs and lows of the feminine  life.

The mother of one, who was rumoured to have been involved with one  popular singer and beat maker, broke on to the music scene in 2011  with the release of an EP titled ‘GIGO’, with many critics  labelling her as perhaps the much-awaited female rapper, who would  bring gender balance to rap in the music industry.

The dream of many would however not materialise as the rapper’s  music adventure did not last a long time. Following a music stint  which ended with a studio album in 2016, Eva switched focus to  fashion. She would later unveil a new clothing and fashion line  that put all doubts about her return to music to a rest.

With a new calling and motherhood taking her life to another  level, the Lights Out crooner days back turned attention to  herself again when she revealed that brassiere which is considered  to be a basic aspect of female dressing is one which makes her  uncomfortable even as she wished she could do away with it.

“Generally, bras are so uncomfortable for me and I am not the only  woman who feels this way. My breasts are a part of my body, not  just singular entities separate from me.

“So when I am locked in and strapped under the sore clasping of  the hooks and cups of a bra, it is my entire body in subjection to  that discomfort,” Eva disclosed.

If she could have her way, the fashion entrepreneur expressed: “I  would walk free, with my breasts dancing wildly and unassuming in  front of me, my nipples announcing me in the room before I do.”