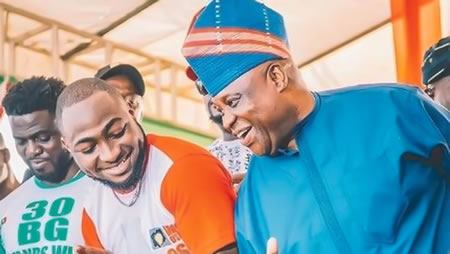 Nigeria’s Afro pop singer, David Adeleke, otherwise known as Davido could not hide his excitement over the victory of his uncle and governorship candidate of the Peoples Democratic Party (PDP), Ademola Adeleke at the Osun State Governorship  Election Petition Tribunal.

Tribunal sitting in Abuja on Friday declared Adeleke winner of the governorship election.

Reacting to the win, Davido said he was confident that his uncle would win despite the many irregularities that marred the election, adding that light has finally come to the people of the state.

Recall that Davido campaigned vehemently for Adeleke ahead of election even as he received knocks from a section of his fans, who felt he should have stayed neutral.