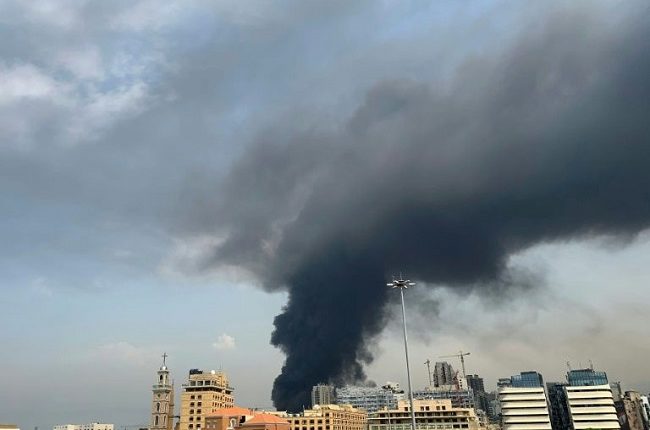 A deserted building that was damaged by the powerful explosion that hit the Beirut Port in August collapsed due to heavy rain on Wednesday, witnesses and police said.

The structure, located in the Medawar area opposite the port, was among several residential buildings declared unfit to live in after the Aug. 4 blast.

The blast killed more than 190 people in the Lebanese capital.

The blast fuelled months of protests against Lebanon’s ruling class.

The government was forced to resign days after the accident, in which nearly 2,700 tons of ammonium nitrate stored at the port blew up.

On Tuesday, police warned people living in the area against walking or parking their cars near the badly damaged and unstable buildings for fear that the heavy rain and winds could bring them down.

1 dead, up to 70 injured in major explosion on Italian highway