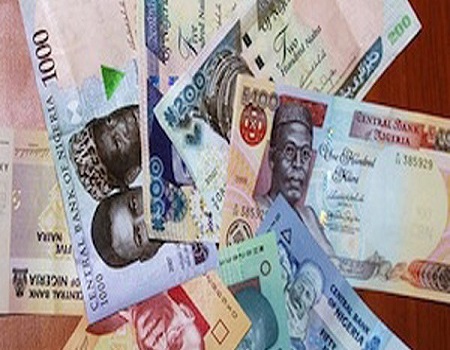 The Shura Council of the Islamic State’s West Africa Province (ISWAP) has banned the receiving of Naira from farmers and fishermen due to the move by the Nigerian government to redesign and reissue higher denominations of the currency, a Republic of Chad-based Zagazola Makama Media network has reported.

Zagazola Makama is a fast-rising go-to handle for authentic news and analysis on the insurgency in the Lake Chad region and beyond.

ISWAP is primarily active in the Chad Basin, and fights an extensive insurgency against the states of Nigeria, Cameroon, Chad, and Niger.

The Nigerian government had announced its decision to redesign N200, N500, and N1000 notes which the government would start issuing by December and the old notes would cease to be legal tender by January 31, 2023.

It was gathered that this move by the government has thrown the ISWAP population in the Tumbus of Lake Chad and away from bank branches, into confusion as they would find it extremely difficult to change their money into the new currency notes.

Zagazola Makama reported that an Intelligence source told a counter insurgency expert and security analyst in the Lake Chad region, that the insurgents are now receiving the West African CFA Francs which they intend to use as replacement to the Nigerian Naira as currency of trade in the area.

Ibn Umar and Malam Ba’ana, ISWAP commanders in charge of taxes and levies, who imposed the ban, said the people were only allowed to come through safe routes established by the terror group – Bulgaram, Cikka, Guma, Maltam, Doron Liman and  Ramin Dorina villages in Cameroon Republic.

They have also secured trade routes for marchants, to enable them access foodstuffs, weapons, fuel and other logistics.

Only recently, Kaduna-based Islamic cleric, Ahmad Gumi, said the proposed Naira redesign by the Central Bank of Nigeria is wrongly timed and would not curb kidnapping as many are thinking because bandits would start to collect ransom in dollars.

“As for the question of starving kidnappers of Naira, it goes without saying that they will resort to dollars and other hard currencies which will further put more pressure on it making the rotten situation bad.

“Kidnapping can only be stopped by robust policing, social justice for all, and equitable wealth distribution. Any cosmetic measures will not stop it,” Mr Gumi was quoted as having said.

Mr Gumi, a self appointed mediator for bandits, whose media aide, Tukur Mamu, is under investigation for illicit dealings with bandits, disclosed this in a Facebook post.

Meanwhile, currency dealers said the rally in Naira at the parallel market waned on Tuesday, as the currency depreciated to N800/US$1 from N690 per dollar recorded on the penultimate week Friday. For the rest of the week, the Naira staggered between N780 and N850 and settled at N785 on Friday.