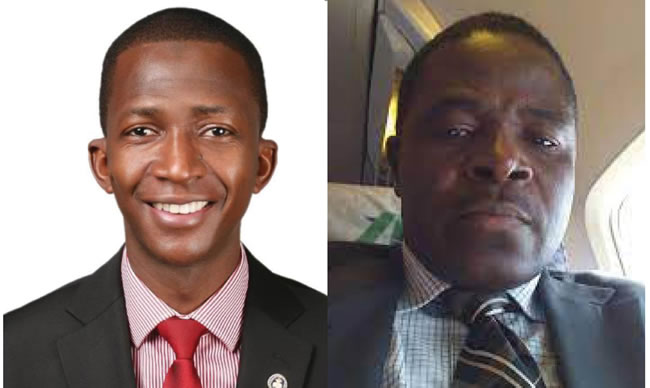 In the last eight months, if surveyed for mention in the news, the Economic and Financial Crimes Commission (EFCC) would have featured more for its clampdown on cyber crime suspects, popularly called Yahoo boys, than for its activities on any other category of crimes, particularly those connected with looting of the common wealth.

But with the announcement of some new policies by some agencies of the Federal Government lately, the anti-corruption body appears to be shaking off its lethargy. Focus is now being beamed on politically exposed persons over their suspected roles in the economic hemorrhage the country is suffering from.

First, officials of the commission began a raid of some BDC operators suspected to be conduit pipes for political actors and economic saboteurs to frustrate the forex policies of the CBN meant to strengthen the Naira against major foreign currencies. Next, the EFCC boss has been speaking about those who might have hidden stolen funds in their homes, including state governors but planning to onload such money into the economy through the back door against the decision by the CBN to redesign some Naira notes as part of economic measures to shore up the value of the Naira.

Speaking on the Naira redesigning policy in an interview recently, Bawa speculated that the N200 might exchange for a dollar when the policy is in full throttle by January next year. He also reiterated the policy of rewarding whistleblowers if they are able to tip off the commission on those who stashed Naira at home instead of banking such.

“The law says the redesigning of Naira notes should be done every eight years, but we spent 20 years without any change to them. And that resulted in 85 per cent of money are in circulation not in banks, when CBN came up with this redesigning, dollar moved to 880 and later dropped to 680 or thereabouts. So, you see with this redesigning dollar may massively fall, who knows probably to ₦200.

“There is no political motive in this; some people siphoned and hid public funds. That is why we want them to bring them out and nobody says they should not bring them.  What government says is let them deposit such money in banks.

“We assure Nigerians that we are always ready to receive reports of any person with suspicious hidden money and if investigated to be true, we will give five per cent of the money to them,” he had said.

Resulting from intelligence gathering by the commission, Bawa earlier announced that three state governors are on EFCC radar over secret plans to launder stashed funds. Last week, he announced that more governors have been added to the watch list for such plan. In both pronouncements, he, however, did not name the affected governors.

He also rallied Nigerians to join in the crusade so as for the commission to make a success of it, saying “We are monitoring everything, Nigerians are helping. Well, I don’t want to give you the figures so that you will not go and speculate whether they are in the North or in the South, but it’s important that Nigerians key into it.”

His statements have been greeted with mixed feelings with people asking if the alarm on the unnamed governors was to keep them in check or whether it was purely speculative. Governors have constitutionally backed immunity from prosecution, but not from investigation and no law restrains the EFCC, if it has intelligence on the locations of the stashed money, to storm the venue recover the money.

A senior lawyer and former chairman of the Ikeja Branch of the Nigeria Bar Association, Dave Ajetomobi, said the EFCC is on the right path, but queries whether it has the will to move against the governors involved.

“The Supreme Court in the case of Gani Fawehinmi and the Inspector General of Police has decided that the fact governors have immunity does not mean they can’t be investigated. The only thing is that they can’t be prosecuted until the end of their tenure.

“On this matter, the EFCC is still on a solid ground, investigating and the immunity does not cover a situation whereby an exhibit is kept in the custody of the governors. I know the EFCC will have insiders in those places.

“The type of leadership we have in Nigeria is such that does not care what happens to the people doing the dirty jobs. For instance, the man stashing the money in the warehouse may be earning a salary of N20, 000 per month. Meanwhile, he is stashing money.

“Recently, there was a video that went viral of a former governor of a state in the South-East who stashed foreign and local currencies in the ground. Some of the money was even spoilt.

“It is possible for the EFCC to be operating based on intelligence, but these are very perilous times politically. The EFCC may not be able to do something so the ruling party may not be given a bad name. That is one of the things.

“But it does not stop them, in the event they are able to get the actual locations where the money is stored, from storming the locations because it is not really easy to carry such a huge sum of money out,” he said.

Ajetomobi counseled against selective application of law on the matter by the EFCC, urging the commission to be blind to party affiliation should it want to go public with the governors involved.

“The only problem I have is the application of the relevant laws, whether it can be applied equally to all and not just on opposition governors. The EFCC should ensure that the money is recovered before it gets spoilt by which time it will become a loss. In more advanced countries, the discovery is enough to get the state legislators to impeach such a governor. But as you know, state legislators are usually in the pocket of their governor because he handpicked them.

“EFCC has offices in all states and there are insiders who know where the money is. But political expediency may just dictate that they will tarry a little more to get further intelligence or they are awaiting go ahead from the supervisory ministry, which is the Ministry of Justice. And if you know the type of man we have at the ministry, you won’t be surprised if they don’t do anything.”

On the operations of the EFCC under Bawa and the anti-corruption policy of President Muhammadu Buhari, the lawyer said while the EFCC chairman might be burning with the desire to go all out against economic criminals, certain factors may be inhibiting his performance.

“The young man is zealous. But he has his own limitation. Maybe he wants to be like Buba Marwa who is a highly experienced general and politician. Bawa has a lot of checks on him. I understand he is from the same state with the Attorney General [Abubakar Malami]. So, if you want to deal with Bawa, get in touch with the Attorney General. He will call him to order. He is a product of Malami’s large heartedness.

“In order for them to be seen to be doing something, that is why they are chasing Yahoo boys who steal maybe N1 or even N10m while looking elsewhere when it comes to politicians looting in billions.

“There was a viral audio where an EFCC official was advising somebody that the lawyer he is using is not the right lawyer, that they have their own lawyer. He even said the lawyer they are using is recommended by the Attorney General. I heard that the man who trended that audio was arrested and not the people involved in that criminal undertaking. So, that is the type of Nigeria we have.

“The Buhari of 1983 is not the same Buhari now. Unfortunately, if you look at corruption index in Nigeria, there is no time corruption has been headlining more than under Buhari. So, they just have to do something. But the people who are creating this economic hardship for the masses are being ignored as if they are not important. However, they are well connected. Unless Bawa wants to lose his job and I don’t think he wants that to happen to him now,” he said.

The EFCC needs a lot of convincing to do to Nigerians that its alarm on politically exposed persons this time does not just end like the previous ones. There must be salutary effects on the economy in the final analysis.

If the intelligence on the governors involved in the storing of money is sound and impeccable, nothing stops the anti-corruption body from storming the locations to show to Nigerians that it is working, to prevent the money from being moved to other locations by the governors and to forestall the possibly to the money getting spoilt in the process.

Due diligence must be undertaken by the commission to ensure that the any prima facie case against any economic saboteurs is not lost in court when prosecution begins as has been widely reported in most of the cases lost by the commission in court.

My achievements as UACC GO in 2 years —Rev Owoyemi

Oyo Courts to give preference to EFCC cases ― CJ