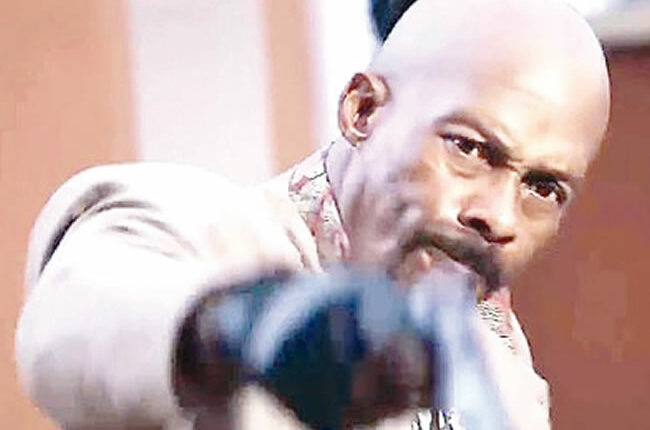 Days after news filtered into town about the controversy trailing his mental state, actor, Hank Anuku, has dispelled the rumour, saying he is fine and sound.

A video had surfaced days back showing the actor in tattered clothes wandering about on the street of Asaba in Delta State as some of his concerned fans raised the alarm over his state of health and called for financial and medical assistance.

Actress, Shan George had also countered the claim that Anuku was mentally ill, saying they were together on set a few days before the video emerged on social media platforms.

Reacting to the video and alleged mental illness being linked to him, Anuku in a video on Friday morning cautioned the purveyors of what he described as a’wicked information’ to desist from smearing his image.

In the one minute video obtained by R, it could not be ascertained whether Anuku was truly fine as he looked quite untidy with his beards and voice hazy.

In the video, Anuku said” I have been hearing a lot of lies about me and my state of mind. If anybody wants to cast me, they should come and get me. I have been in Asaba shooting and I pray for those spreading these lies that Holy Spirit will forgive them.”

However a lady on Instagram who claimed to have had a nasty encounter with Anuku in Asaba when he was allegedly drunk punctured the actor’s claim that he is well, saying “Anytime the actor is drunk, he misbehaves and walks aimlessly around Asaba. Everybody who lives in Asaba knows about the story of Anuku and his over drinking habit”, she added.