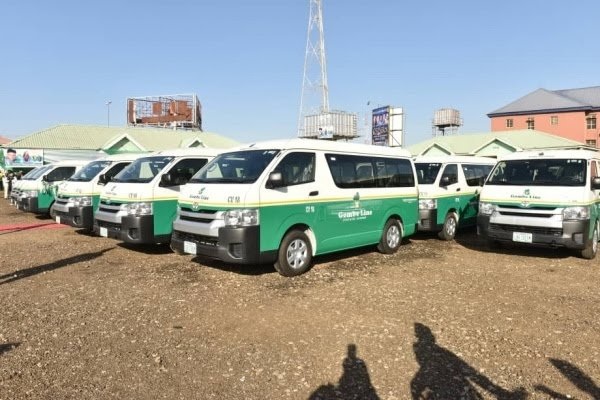 The negative effects of the COVID-19 pandemic have taken a toll on Gombe State Transport Service, operators of Gombe Line fleet of commercial buses which lost over N200m during the over 100 days of lockdown imposed in the country due to the outbreak in 2020.

The disclosure was made by the Managing Director of the Company, Umar Chiroma Abdulsalam, during an interactive session with some Journalists in his office, on Thursday, praying that the country does not experience another lockdown.

Umar Chiroma also said that though the 100 days lockdown was pertinent to curtail the spread of the virus, it, however, caused a lot of income setback as the self-sustaining company lost a huge revenue during the period a development that has negatively affected the progress of the company.

According to him, “we had to recall all our drivers back home from different parts of the country in compliance to Government’s directive as we suspended all services for the over three months lockdown.”

He further explained that during the lockdown, the company was only able to pay its staff and management staff half salaries from its reserved funds, adding that this was an effort to cushion the hardship faced by the people.

Umar Chiroma added that the biggest challenge the new management met when it took over more than a year ago was the revenue leakages which weakened the company coupled with a very weak fleet of buses.

He stated, however, that with the purchase of 50 brand new buses on loan by the State Governor, Muhammad Inuwa Yahaya, in 2020, the transport company was revived with services to the southern parts of the country returned.

The MD also stated that so far, the company had paid back up to 30 per cent (30%) of the loan for the buses and would have done more than that but for the lockdown and revealed that as soon as the company completed offsetting the buses loans, the company would then start remitting revenue to the State Government.

In his words, “we promised to start remitting revenue to the State Government after the settlement of our loan for the buses. The reason why we don’t remit revenue was, initially, every appointment made by the Executive Governor in Gombe Line, the salaries and allowances of all those appointed were shouldered by the Gombe State Government.”

He added that “After the restructuring of Gombe Line where we now have executive directors, instead of remitting to the State Government, the new arrangement is that it should stay here and pay the salaries of all staff of the company. So we have plans to start remitting revenue after we complete the payment of our loan for the brand new buses.”