Latest NewsCoronavirus
By Michael Ovat-Awka On May 5, 2020 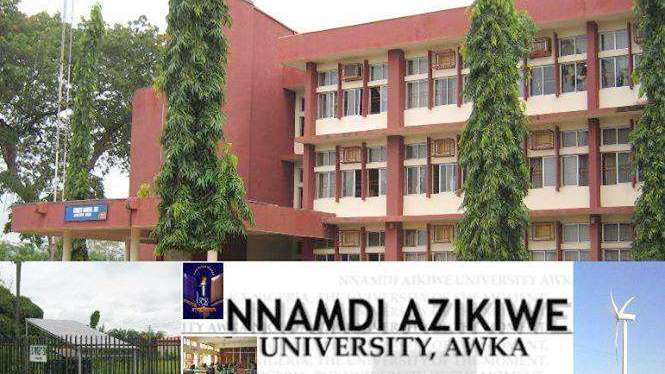 The management of Nnamdi Azikiwe University (Unizik), Awka, Anambra state has officially debunked the news that COVID-19 drug was discovered in the institution.

Although the management admitted that a team of researchers from the university have embarked on the process of drug development for the novel Covid-19, it maintained its position that no drug has been developed yet, contrary to information making the rounds that Nnamdi Azikiwe University has found a cure for the deadly coronavirus pandemic.

The university management in a statement signed by the acting head, Information and Public Relations Unit of the institution, Mrs Chika Gladys Ene, noted that it became necessary that the university has to set the records straight on the alleged discovery of Covid-19 drug credited to it.

The statement read in part, “The Management of Nnamdi Azikiwe University wishes to set the record straight on the SARS-CoV-2 (COVID-19) drug discovery credited to our institution.

“Our team of researchers swung into action following the infiltration of the pandemic in Nigeria.

“One of the research groups in the University that specializes in computer-aided drug discovery identified a target on the virus using computer simulation. They also identified compounds that can possibly attack the target.

“All these were done in silico (inside the computer). No wet laboratory experiment has been carried out to confirm that what was seen in the computer is possible in real life.

“In other words, the result is yet to get into the first stage of the drug discovery process. Neither preclinical trials nor clinical trials have been carried out.

“Hence, we cannot say that there is a cure but we can say there is on-going research for the discovery of cure. Notwithstanding, our team of researchers are committed to the progress of this drug development.”