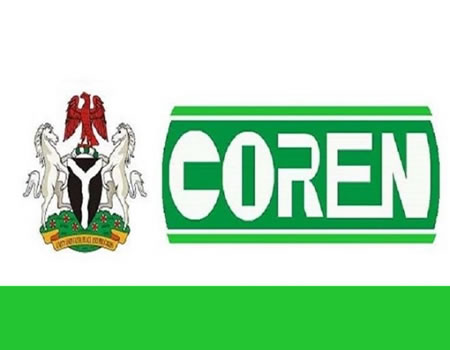 Council of the Regulation of Engineering in Nigeria (COREN), says it will commence registration for expatriate engineers before they can be allowed to practice in the country.

This was even as it stated that the 2018 amended Act will help check quackery in the building sector as it allows for investigations to be carried out on not only licensed engineers but also non-engineers who engage in engineering business that lead to failure of infrastructure.

COREN President, Mr Ali Rabiu made the disclosure at the weekend during an interactive session with journalists in Abuja.

According to him, there was a need to allow only registered engineers to practice and encourage local engineers and craftsmen whose efforts will contribute to the profession and the country.

“We need to build local capacity; it is part of the mandate of COREN now to ensure we engage all the expatriates to get them involved in all contract and training in Nigeria

“Yesterday, the council took the decision that any foreigner coming into the country must register first before being allowed to do anything in Nigeria. So we have come up with a temporary registration with assistance of the ministry of internal affairs, immigration to make sure that some of these laws are implemented,” he said.

Meanwhile, Rabiu stated that with the amended 2018 Act, the council now has the power to conduct investigations on collapsed infrastructures.

“The 2018 amended Act has given us enormous powers I must confess. We have the powers to investigate not only those we have licensed but also non-engineers who engage in engineering business to cause failure of engineering infrastructures.

“But I want to assure you that many of the investigations we have carried out recently of building collapses, we have not found any engineer who is trained to work wanting. So mostly, it is quacks; that is why we moved to amend our Act to give us powers to be able to prosecute these quacks. Now we have that amendment accepted by the government so we can prosecute quacks,” he said.

Already, he said the Council has concluded six investigations while two are still outstanding for the year.

“We have concluded six, two are still outstanding for the year. The Act says you have to get an assessor from the Chief Justice of the Federation, to guide us on the points of law while trying these people on the tribunal. So we are waiting for Chief Justice to send us an assessor and then we will constitute the tribunal and go ahead with the trial,” he added.

Also, he said the council in line with the Outcome Based Education (OBE) instituted recently, at the just-concluded National Council of Works in Port Harcourt, Rivers State, has approved the placement of engineering students in all federal contracts.

“Before now, there have been a lot of difficulties. Engineering students find it very difficult to get placements for industrial training, but the Council on Works approved that all federal contracts should accept students for training, this is a sequel to the efforts COREN had been making over the years to this done,” he stated.