Controversy over midnight installation of first-class traditional ruler in Lagos 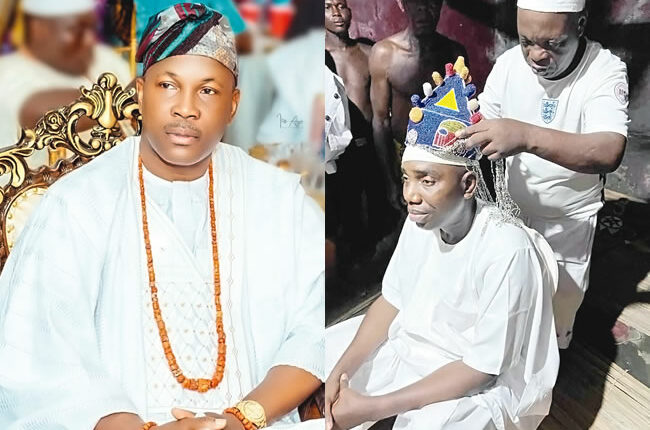 The Aare Onikoyi of Yorubaland and attorney to the Oloto royal family, Chief Tomori Williams, speaks on the intrigues that characterised the emergence of the newly-installed Oloto of Otto, Oba Bashiru Oloto and what the development holds for residents of the community. Interviews by SUBAIR MOHAMMED.

With the emergence of a new king, do you foresee a new beginning for the community, considering the intrigues and unresolved court cases against the new Oba?

It should be a new beginning. The new Oba has a lot of responsibilities on his shoulders. I have said a lot of prayers for him. I pray that Eledumare and the ancestors will grant him the wisdom, knowledge and power to steer the community to a greater height.

Do you think the new Oba deserves to be on the throne based on the fact his father was the immediate past king and that there are four other ruling houses?

I have said it once and I will say it again: a man cannot attain any position without God’s knowledge but if you push your luck too far, that is left to you. I am not, and I cannot pretend to be, an oracle that I am not. The question you are asking lies within the purview of the ancestors.

So, I cannot say if the new Oba is a good choice or a bad choice. Only time will tell. I don’t want to judge the new king, Oba Bashiru Oloto, based on his antecedent but I will judge him based on his performance on the throne to his subjects.

Do you think his reign would bring to an end the calamities befalling residents of the community?

To start with, the installation of the new Oloto of Otto is long overdue since the demise of Oba Ganiyu Odesanya in 2016.

The lingering legal tussle spanning over four years actually made it difficult for us to produce an Oba.

I remember that you were here some time ago when you brought to my notice insinuations about succession to the throne. The truth is, you can’t run away from such an uninformed suggestion based on the limitations and limited understanding of some stakeholders in the community. But for some of us that are key players, we know some of the intrigues that attended the selection process and, to a large extent, this speaks volumes because nature abhors vacuum. It is important that we get the vacant stool filled and that is what has happened with the installation of the new Oloto of Otto.

According to the laid down succession plan, Balo ruling house is next in line but this was upturned with the emergence of a son of the immediate past king. What was responsible for this?

I had an interview with Saturday Tribune on the intrigues that characterised the selection process. The interview was published in the July 23 edition. My position was well articulated in that interview. Therefore, I wouldn’t want to say anything on that again.

What is done is done. And because of my very sensitive position within the community, the Oloto ruling house in Lagos and the entire Yoruba race, my office dictates caution and wisdom.

There are allegations that the Lagos State government imposed the new traditional ruler on the community after the kingmakers failed to present a candidate.

I won’t say that the Lagos State government imposed the new Oloto on the people because whether we like or not, the kingmakers of Otto played a role during the process of selection.

If you were at the presentation ceremony, you would see that all the kingmakers were adequately represented. Not only that, they waited patiently for the government to place a seal of authority on what they have done during the midnight traditional rites that were done for the Kabiesi.

If the emergence of the Oba was based on a consensus arrangement as you have said, why were the traditional rites done secretly at midnight with no chiefs in attendance except the Aro of Otto who crowned the Oba?

That is the traditional process. The Oba needs to go through some traditional cleansing and prayers offered to the ancestors. The custodian of the family needs to offer some prayers during the procession. They need to officially link him up with his ancestors. That is the way it has been from time immemorial. This is the case with virtually all the ruling houses.

The rites are not to be seen by the public. The stool has been vacant for a while. Newspaper publications and political undertone made it become something everybody focused on.

It is not what everybody would see but because the selection process has generated a lot of brouhaha, it made it look spectacular. There is nothing spectacular in performing traditional rites for a king in the midnight. Tradition dictates it.

Before the emergence of an Oba, kidnapping and violent crimes were rampant in the community. Now that an Oba has been installed, would these calamities stop?

What about the barrage of cases instituted by the Balo ruling house against the king?

They will settle their problems. They will decide what to do with the cases. It is their personal issues and they should determine what to do.

There were allegations that you stalled the enthronement of a king because of your business interests. Now that an Oba has emerged, won’t there be a clash of interests between you and the king?

There can’t be any clash. During the lifetime of our late Kabiesi, Oba Ganiyu Odesanya, he appointed me the attorney to the Oloto royal family with the consent of the chiefs. The power of attorney I carry today is a combined decision of both the king and the chiefs.

People should stop making unnecessary insinuations. It is for me to meet from time to time with the new Oba to get him acquainted with our activities and make sure that what is accruable to the family he sits on their throne is sent to him from time to time.

It is also for us to give him all the necessary support to excel. The aspect of clash of interests does not arise. I am not an Oba and neither am I from the Oloto royal house. I am the attorney and he is the Oba. He has a role to play as the father of all. 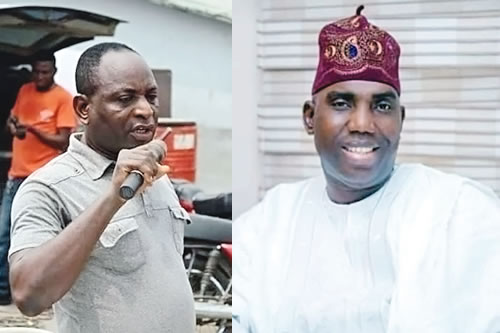 The head of security in Otto community, Mr Musbau Agbodemu, offered another perspective into the controversial coronation.

What is the general feeling in Otto community?

It is mixed feelings. Many residents are unhappy with the choice of Oba Bashiru Oloto as the new Oloto of Otto. The only few that are happy are those that are instrumental in his emergence. Even among the chiefs, there are those that are not in support of his kingship. Out of six chiefs, only two were present at the coronation. These are the Aro of Otto kingdom who crowned the king and one other who was there as a witness.

The people of the community are unhappy but they are helpless. I have been living in Otto since 1972 and I can tell you that the residents are aggrieved.

There were insinuations that the absence of an Oba for over six years is responsible for the crimes in the community. Do you think this would stop now that a king has emerged?

I hope it would stop because we have lost many children to kidnappers. As a parent, losing a child is not a pleasant experience.

We don’t want it to continue. The kingmakers have mentioned that the kidnappings and violent clashes that occurred in the community were due to the absence of an Oba. Now that we have an Oba, one would expect that these things would stop. Let’s see what happens.

We are talking about children, not goats or chickens, missing. I pray it ends it as postulated by the kingmakers.

As a resident of the community and someone in charge of security, do you have any objection to the mode of selection and installation of the new Oba?

The entire community views the emergence of the new Oba as an imposition by the Lagos State government but when the government has spoken, who will dare to murmur?

Some of us only reside in the community, we are not sons or daughters of the ruling house but the fact remains that I have been living in Otto community since 1972 and I can tell what the state of affairs was and has been.

During the reign of the late Oba Ganiyu Odesanya, the father of the current king, we were made to understand that four ruling houses have the right to the throne.

The late Oba was from the Odesanya branch of the ruling house and when he was installed, we were told that it was the turn of Balo ruling house to be installed as the Oba but they accepted their fate, believing they are from the same root and would wait to take their turn after his exit.

But upon the demise of Oba Odesanya, it is expected that the kingmakers would honour the succession plan that has been agreed upon and the throne would be given to a candidate from the Balo ruling house.

They were in the process of presenting a candidate when a new Oba emerged. Although they have a case in court over who will succeed the late king, appointing a former worker of a former Lagos State governor and whose father is the immediate past king in place of a candidate from Balo is not palatable.

What is the relationship between Senator Bola Tinubu and the new Oba?

He worked for Senator Tinubu and his wife and they felt compensating him with the throne was a befitting reward. They are his benefactors.

The new Oba was possibly installed to push the urban regeneration agenda of the Lagos State government in Otto community.