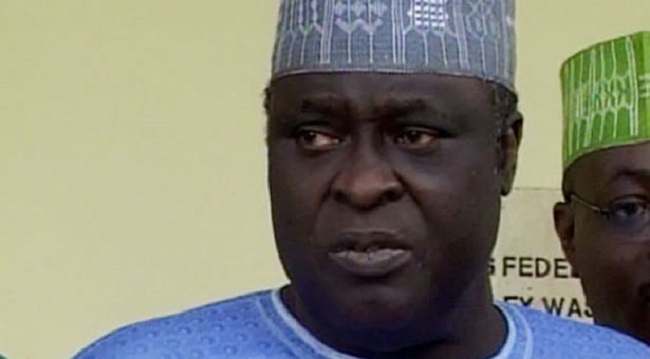 The retired Inspector general of Police, Tafa Balogun, on Thursday, described community policing as a quick response to criminal acts in any given society.

Balogun who argued that “the entire Nigerian community is our home”, pointed out that, all and sundry should not allow communication gap to exist between the police and any given community to be able to combat crime and other nefarious activities in such a community.

According to him, “there should be a symbiotic relationship between the Nigerian police and the community if crime is to be reduced drastically in any given society.”

The former inspector general of Police who described Community policing as a concept and philosophy which was brought and introduced by him while in office as the country IGP in the year 2002, said during the time, to make it workable, some people were sent to Britain for six months training, while 66 were trained in Chicago for community policing while in Taiwan, facilities were given to them to train officers for community policing.

He, however, referred to community policing as an embodiment of modern-day policing in terms of a theoretical and practical approach to be able to combat crimes headlong.

Balogun described the efforts of community members in alerting the police of criminal acts in their immediate environments as a necessity and clamoured for their Cooperation and support with the police to be able to bring criminal acts to a reduced level in the country.

He, however, recommended Rectangular Synergy for the community policing to be able to work effectively in society.

According to him, all stakeholders in the society like police, community members, traditional rulers and the government should work together for an effective result of community policing.

Also, the state police commissioner, Undie Adie, charged people in the community to work hand in hand with the police to be able to fish out criminals in the society.

In his own submission, the Osun State governor, Adegboyega Oyetola, said: “Let me deeply appreciate the Nigerian Police and other security agencies for their commitment, gallantry and patriotism in keeping Osun safe. At critical moments when the security of Osun was challenged and its ranking as the most peaceful state in the country was tacitly blighted on account of the insecurity situation in the country, they stood to be counted within the limits of their capabilities.”

Represented by his deputy, Benedict Alabi, Oyetola added that, “today’s Sensitisation Awareness Campaign of Community Policing in the South West is a welcome furtherance of the efforts of the Nigerian Police to continually interrogate ways of delivering safety and security to the people.

“You will all recall that as security-conscious and people-oriented government, we engaged in security town hall meetings across the state since we assumed office and we have provided logistics for the Police for the effective policing of our people.”

“We have also collaborated with the highest leadership of the military, the Police, the Civil Defence and other security agencies to achieve clinical policing of the state. You will also recall our collaborative efforts with the sister States in the Southwest to secure our respective and collective borders and our people.

“Words are inadequate to appreciate other critical security stakeholders in the state, including the traditional rulers, the religious leaders, political leaders, elders, opinion holders, artisans, market women, farmers, cattle rearers, for turning up en masse at those moments for our collective good.”

It is also heartening to note that all of you are here today to build capacity and transfer the same to your people on how to deliver a security campaign that will secure our land and people going forward.”

“As a government, we shall always give all the required assistance to make this exercise, which is undoubtedly our main duty, a huge success. In addition to this meeting of stakeholders, we shall engage in a massive media campaign, including sensitisation campaign in English and local languages to make it percolate to the grassroots,” he said.