Cause and effect in leadership 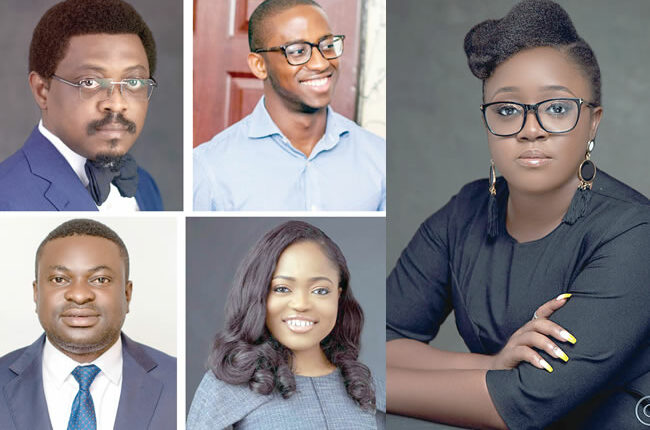 Cause and effect is the principle that rules the world. Nothing happens for nothing; everything happens for a reason. Nothing happens without a cause; every manifestation is a response to something else. Rains don’t just fall; rainfall is the effect of water evaporation from the earth surface. Earthquakes don’t just occur; they are caused by the cracking of rocks underground along a fault line. Lightning doesn’t happen by happenstance; it is precipitated by the collision of two electrically-charged clouds. Men don’t just succeed, neither do they just fail; success or failure is an effect of certain causes. Organizations don’t just thrive or crumble. Every effect is a product of a cause and every cause is a precursor of an effect.

Those who do not take charge of the cause do not initiate actions on a regular basis. Their attitude is ‘let it happen on its own’ so they allow life to happen to them and often put themselves at the receiving end of others’ actions. They are victims of circumstances, thrown hither and thither by the twists and turns of life. Those who do not control the cause are always at the mercy of the effect, they are those who find themselves on the wrong side of history.

Taking charge of the cause or failing to do so is a cause with a definite effect. However, those who dodge the heat of pro-activity have to face the burns of reactivity.

As it is with men, so it is with organizations and nations. Some organizations determine the effect by putting themselves in control of the cause. Rather than do catch up, they chart new paths. They do not leave their fate in the hands of circumstances; they stay in the present, travel to the future and create the kind of future that suits them. They control the cause and are able to determine the effect. These are organisations that stand tall at all times irrespective of the vicissitudes of life. Organisations that leave the levers of the cause to others and do catch up are those that are swept away during trying times.

Immunization is the system of stimulating immune responses with an infectious agent. When a person is exposed to an immunogen in a controlled way, the body learns to protect itself and develop the ability to quickly respond to a subsequent encounter because of immunological memory. So, by injecting a small amount of a virus into the body the body develops the immunity to ward off more disastrous attacks of the virus.

Immunization is taking charge of the cause so as to control the effect. The exposure to a small quantity of the virus fortifies the body against major attacks. Rather than wait for the infection and its debilitating effects, immunization gives the potential victim the power to control what the effects would be. By controlling the cause, the potential victim determines the effect of the virus and is not at its mercy.

How leaders take charge of the cause

When leaders communicate regularly and effectively with their followers, they are able to rally them round the vision of the organization. Great leaders do not just communicate to inform; they communicate to transform. By sharing on a regular basis the vision, value and aspiration of the organization with the workforce, the people become focused because they know what is important to the organization and that is what they devote the totality of their attention to. When people are focused, synergy is unleashed. When synergy is unleashed, the seemingly difficult things become a walkover while the impossible come within the realm of possibility.

Environment plays a critical role in the productivity level of everyone. While a conducive environment stimulates creativity and enhances productivity, a stifling environment kills ingenuity and enervates the people. Creating an atmosphere that encourages people to air their views without any fear of reprimand will produce a workforce that is willing to work its heart out. Creating an environment where people are at liberty to make mistakes in the course of their duty will result in a workforce that is not afraid of trying new things. It is often in the process of trying new things without the nudging fear of the consequences of failure that great products are discovered.

No one can function beyond his knowledge level. People do what they know. Therefore, to do more, they have to know more. Organizations that want to optimize the capacity of their workforce have to boost the competence of the workforce by exposing the workers to training and capacity development programmes because people can only do new things when they know new things.

To go beyond its current level of innovation, an organization must allow its people to learn new things.

Toyota Motor Corporation popularised this phrase which is about good products being the effect of good thinking. Good thinking precedes good products; good thinking begets good products. Everyone thinks. The thinking faculty is part of what makes anyone human. Every human being has the capacity to think deeply but not everyone activates this capacity. It is only those who go into deep thinking that come up with great outcomes. Great things are not found on the surface. Silver, gold and diamond are not found on the surface of the earth; they are situated deep down the belly of the earth. If these stones are located on the face of the earth like the common stones, they would not be referred to as precious. So, getting products that would wow the world would require uncommon thinking. Those who do common things get common results. But doing uncommon thing is preceded by uncommon thinking. Those who do uncommon thinking give the world uncommon products.

Leaders should not put any lid on the thinking of their followers. Great products of the future are buried in the minds of the people, only profound thinking can unearth them. So, leaders should precipitate good thinking to come up with good products.

Leaders determine what happens in their organizations. What leaders permit stays, what they reject dies. So, leaders determine the culture and the temperature of their organizations. An organization’s culture is what it is known for. As noted by Aristotle, we are what we do repeatedly. Therefore, the culture of an organization is its consistent, observable patterns of doing things. Organizational culture encompasses values and behaviours which make an organization unique. But right values don’t grow on their own, neither do right behaviours become the norm naturally; their seeds are sowed, cultivated and nurtured by the leaders. Emergence of the right culture in a system is the consequence of having a firm leadership. The natural tendency of man is to take advantage of every situation. It is having a firm leadership in place that curtails every propensity to abuse the system. When clearly stated rules of engagement are dispassionately enforced, a great organizational culture is birthed.

Leaders who are worried about the mistrust of their followers need to take another look at their openness. The expectations of many followers are not unreasonable. Even when things are not going as well as expected, they are willing to stick out their necks for their leaders if the leaders have demonstrated integrity and openness. So, when leaders walk their talk and conduct their affairs in a manner that leaves no questions about their intentions, they earn the trust of others.

When leaders sow the seed of compassion they reap the harvest of commitment. What leadership demands from the followers most of the time is total commitment. But commitment does not happen in a vacuum. When leaders demonstrate interest in the affairs of their subordinates beyond the call of duty, what they earn in return is the total commitment of such subordinates. Law of reciprocity says that everyone who has been well treated has a proclivity to want to return the gesture. This is more so if the gesture is from those in high offices. So, having a committed workforce is a response to the compassion of the leadership.

Nothing strengthens a system like fairness and nothing destroys an organization like injustice. One manifestation of injustice is a wonky reward system; a situation in which some get what they don’t deserve while others do not get what they deserve. Not only does such system kill motivation, it also promotes wrong values. But when the workers have no doubt that their efforts to improve the lot of the organization would not go unrewarded, they will strive harder for the organization to get better. Even those who are not pulling their weight enough will be motivated to work harder to increase their contributions. This would produce a system in which there is healthy competition. However, when the reward system does not follow any known pattern but is subject to the whims and caprices of those in leadership, unhealthy rivalry will be the result.

In the final analysis, leadership is the cause; every other thing is an effect. This is because it is the call of leaders to determine the end from the beginning.