Caleb varsity says it knows nothing about missing student 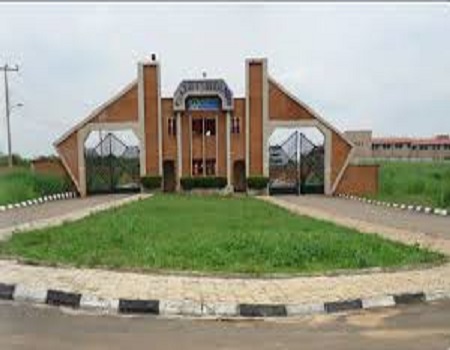 The management of Caleb University, Imota, Lagos, has cleared the air on the issues surrounding the sudden disappearance of one of its students, John Oluwanifemi Olajide, who was last seen in the school on the 18th of August.

The school says it has no knowledge of the whereabouts of the missing computer science undergraduate.

The school made this clarity in a statement made available to newsmen by the Deputy Director, Public Relations and Marketing of the university, Dr Elvis Otobo.

According to the school, John Olajide prior to August 18 when he was last seen on campus and which was between August 15th and 17th, had a detailed WhatsApp conversation with his sister known as Stella Olajide on how he should leave the school premises in an unsuspicious manner.

The school said part of the discussions as revealed in WhatsApp messages obtained from Stella’s phone was to leave his luggage and cell phone behind and also that the issue of cultism was mentioned for the first time in the conversation.

The school pointed out that it was the same Stella who later on August 19th called an identified family contact on campus to find out if John had left the school.

“That was when we knew John was not on campus and we looked for him everywhere on campus to no avail and then contacted his parents to ask them if they saw him or he was at home and they came to the school the following day that they did not see him.

“We then reported the matter at Imota Divisional Police Station on 21st of August and the case was later transferred to the State Criminal Investigations Department in Yaba and since then which is almost a month now all efforts to trace him to his whereabouts by the police, school authority and the family are yet to materialize,” the school explained.

While the school maintained that the missing student and his sister, Stella communicated before his disappearance was known to the authority, the university is surprised that Stella never reported the issue of alleged cultism or threat to John’s life as people are insinuating to the school management, parents nor the police.

“So, we have strong conviction based on WhatsApp conversations between John and Stella who also transferred N4,000 to John purportedly to facilitate his movement out of campus to an unknown location that John’s disappearance was premeditated by the two siblings though without knowing what could be their motive,” the school added.

The university explained further that it had no history of cultism-related cases against any student or worker since inception in 2008, thus believing that any insinuation of perceived cultism-related issues or any other reason in the case of John would certainly be from an external connection that has nothing to do with the university.

The university said while it shares the pains and agonies the family is going through because of the development, it would certainly continue to work with the police and other stakeholders in a bid to ensure the safe return of the missing student.

In spite of the huge investment in the water sector by the government and international organisations, water scarcity has grown to become a perennial nightmare for residents of Abeokuta, the Ogun State capital. This report x-rays the lives and experiences of residents in getting clean, potable and affordable water amidst the surge of COVID-19 cases in the state…Caleb varsity says  Caleb varsity says

The Lagos-Ibadan railway was inaugurated recently for a full paid operation by the Nigerian Railway Corporation after about a year of free test-run. Our reporter joined the train to and fro Lagos from Ibadan and tells his experience in this report…Caleb varsity says  Caleb varsity says