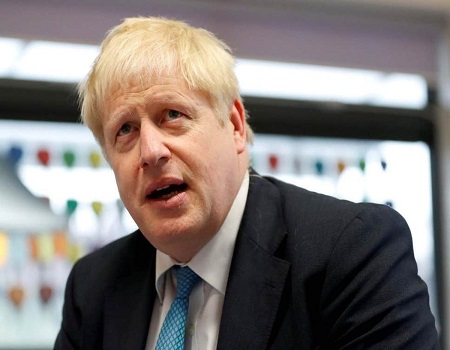 Britain on Thursday threatened to end negotiations on future trade with the European Union if the two sides are unable to agree the “broad outline” of a deal by June.

Prime Minister Boris Johnson’s government said it would not extend the Brexit transition period, which follows Britain’s formal exit from the EU on January 31, beyond the end of this year.

“This leaves a limited, but sufficient, time for the UK and the EU to reach agreement,” it said in a position paper ahead of next week’s opening of negotiations.

If a “broad outline” is not agreed by June, “the government will need to decide whether the UK’s attention should move away from negotiations and focus solely on continuing domestic preparations to exit the transition period in an orderly fashion.”

“But in pursuit of a deal, we will not trade away our sovereignty,” Gove said.

He said the government is “working closely with businesses and border groups on preparations for the end of the transition period.”

ALSO READ: Japan to close all schools due to coronavirus fears

Responding to Gove in parliament, Scottish National Party lawmaker Pete Wishart said the negotiating plan was “nothing other than a route map to the cherished no-deal – the real ambition of these Brexit zealots.”

Wishart was referring to the preference of some lawmakers in Johnson’s Conservatives to leave the EU without a deal on future trade.

Johnson has insisted he wants a trade deal like the one the EU has negotiated with Canada, which does not require the expansive level-playing-field assurances Brussels claims are necessary in Britain’s case.

He has said Britain should not continue to abide by EU rules on state aid, social and environmental protections and other issues.

In a political declaration, the two sides agreed that “the future relationship must ensure open and fair competition, encompassing robust commitments to ensure a level playing field.”

“We will stick to all our prior commitments in the political declaration,” the EU’s lead negotiator, Michel Barnier, tweeted after Britain published its paper.

“We want an ambitious and fair partnership with the UK in the future,” Barnier wrote.

A European Commission spokeswoman confirmed on Thursday that talks will run for four days from Monday but the agenda “has yet to be finalized.”

Barnier highlighted the differences between the two sides in a speech on Wednesday.

Brussels needs “firm guarantees” that Britain will uphold the principles of a level playing field, he said.

“That is why we are asking that the EU and the UK lay down, together, a number of rules, building on our current high standards, in specific areas: State aid; environmental protection and the fight against climate change; social and labour rights; and taxation issues.”

Gove said many British standards already exceeded EU ones, echoing Johnson’s earlier claim that his government will “maintain the highest standards in these areas – better, in many respects, than those of the EU – without the compulsion of a treaty.”

NAIC subsidises insurance cover for farmers by 50 per cent

7 things that led to the fall of Boris Johnson