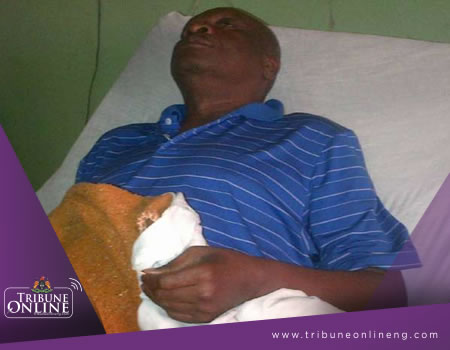 Nollywood popular actor, Olumide Bakare, is dead. He died in the early hours of Saturday according to his personal assistant, who was with him when he passed away.

Information gathered by Tribune Online confirmed that Bakare, who has been sick for more than a year was discharged from the University College Hospital (UCH) last year after he was allegedly diagnosed with a respiratory disorder problem.

It was gathered that the actor was yet to fully recover from the sickness that kept him indoors for months.

He was declared dead on arrival at the hospital, according to findings.

Confirming his death to Tribune Online Saturday morning on phone, actor, Saidi Balogun, said he received the news of his death with shock but had to confirm it was true before he could confirm it.

“Yes, it is true Olumide Bakare is dead. He died on his way to his hospital. When I called his number, his personal assistant picked his phone and told me he was dead. That’s how much I can say for now.”

The actor, we learnt, did not recover from his aliment.