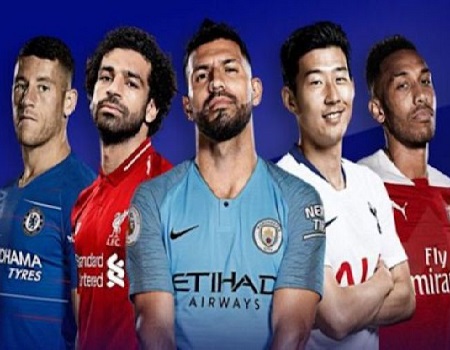 The Premier League has officially suspended the season until April 3 following an outbreak of coronavirus at both Chelsea and Arsenal which has seen both first team squads and nearly 100 members of staff placed in self-isolation.
Fixtures had been due to go ahead this weekend as usual in line with advice from the UK government, with fans still to be allowed into the stadium despite La Liga, Serie A and Ligue 1 all shutting down this week.

However, shortly after the statement confirming the fixtures would go ahead, Arsenal manager Mikel Arteta was diagnosed with coronavirus, prompting the Premier League into a sharp U-turn and to call an emergency crisis meeting with all 20 clubs.

We've collectively agreed with the @premierleague and @EFL to suspend the professional game in England until 3 April at the earliest.https://t.co/RnJlJjtY77

The Premier League, FA, EFL and WSL have collectively agreed to postpone the professional game in England

Chelsea later confirmed their midfielder Callum Hudson-Odoi had become the first Premier League player to test positive for the virus and that their entire first-team squad had also been placed in immediate isolation.

Now the Premier League has finally buckled with all top-flight games postponed until April 3 with a further announcement concerning the rest of the season to come in due course.

Premier League Chief Executive Richard Masters said in a statement: “Above all, we wish Mikel Arteta and Callum Hudson-Odoi speedy recoveries, and everyone else affected by COVID-19.

“In this unprecedented situation, we are working closely with our clubs, Government, The FA and EFL and can reassure everyone the health and welfare of players, staff and supporters are our priority.”

Many Premier League clubs had been putting pressure on officials to postpone fixtures long before Arteta’s positive test but their requests had been pushed back on until late on Thursday night (UK time).

Earlier today, Leicester City confirmed that three of their players were exhibiting coronavirus-like symptoms but had not yet tested positive for the virus.
“We’ve had a few players that have shown symptoms and signs (of coronavirus). We’ve followed procedures and (as a precaution) they have been kept away from the squad,” manager Brendan Rodgers said.

“We’ve self-isolated the three of them and we’ll see how that develops in the next couple of days.

“This is about health, this is more than football. This is about players and their families, so any risks that are there for their health and everyone else’s, we have to mitigate against that.

“The game is all about the players and the fans. If you have one of those not there, it’s obviously not the same.”
Manchester City defender Benjamin Mendy has also placed himself in self-isolation as a precaution after one of his family members fell ill and is consequently undergoing tests for COVID-19.

A City spokesperson said: “The club is aware that a family member of a senior men’s team player is in hospital with symptoms of a respiratory illness.

“He has undergone tests at hospital one of which is for COVID-19. Until the results are known, the player in question in self isolating as a precaution.”