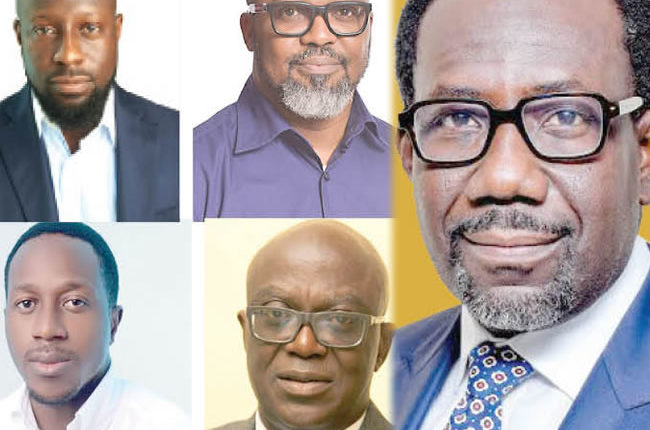 Persistence is a strong success factor. Without persistence, Henry Ford would have been an insignificant entity. His first attempt at manufacturing a vehicle turned out to be a disaster as he had to file for bankruptcy as a consequence of his inability to repay his investors. The second attempt wasn’t any better, poor branding and marketing led him to the red and he had to, again, file for bankruptcy. It was only at the third attempt that he got it right. This time, he was able to come up with a vehicle which met the expectations of the market and he was well compensated for his effort.

Perhaps the poster boy of persistence and its benefits was Thomas Edison, who invented the electric bulb. He had to carry out 10,000 experiments before getting it right. If he had given up at any point before the 10,000th experiment, he would have lost his place in history.

But travelling the wrong road does not take anyone to the right destination. There are times to persist in an endeavour, and there are times when quitting is the best option. Many trudge on in unprofitable ventures because of the huge investments they have made in the ventures. Many stay on in careers that are not leading anywhere because of time and energy that have been put in such careers. Whenever they think of quitting, their minds go back to what had been put in the business or career and they decide against quitting. Those who find themselves in this loop are tethered to a spot because their focus is on what has been expended on what they are doing, not what can be earned from other things. They would rather stick to what they know is not working than try other things that can work because of the humongous investment they have put into what is not working. They keep trying to make the corpse walk because they do not want to come to terms with the fact that the investment is gone. This is what is  known as the sunk cost fallacy. Sunk cost fallacy is throwing good money after bad, it is continuing with what is patently wrong under the delusion that putting more resources in it will make it right. In life, it is not every effort that yields the expected outcome. If an enterprise fails to yield positive net incremental benefit despite persistent investment of resources, it is best to let go of it because it has become a sunk cost. A sunk cost is a lost cause.

Sunk cost is akin to the law of diminishing returns in Economics. Diminishing return occurs when there is a consistent decline in the marginal output despite steady increase of input. When that happens, the enterprise is no longer viable or sustainable and there is no point continuing with it.

Between persistence and sunk cost

The difference between persistence and sunk cost or lost cause is that while every step in persistence takes you closer to your goal, additional input in a lost cause drives you farther away from your goal. Ford was able to persist because each time he failed, he moved closer to his goal of building a vehicle that the market would be willing to pay for. As observed by Edison, he did not fail 10,000 times but with each failed experiment, he learnt a useful lesson that eventually helped him achieve his goal of lighting the bulb. But the case with sunk cost is different as additional efforts or further investments reduce the possibility of achieving the set target. That is the case with Nigeria’s refineries.

Nigeria’s four refineries have a combined installed capacity of 445,000 barrels of crude oil per day. However, between April 2019 and June 2020, the refineries did not refine any crude oil safe for the month of May when they collectively refined 430 barrels of crude oil, which is 0.09 per cent of their installed capacity, yet they recorded operational deficit of almost N10 billion.

At the best of times, the refineries’ optimum production of PMS, the most demanded of crude oil by-products, is 20 million liters per day. The import of this is that for every barrel of crude, the four refineries can merely produce about 45 liters of PMS. But for them to even achieve that there is the need to upgrade them and that would cost a tidy sum of $700 million.

However, the reality is that modern refineries that deploy latest technology produce a minimum of 71 liters of PMS from every barrel of crude oil. In addition, they produce 45 liters of diesel, eight liters of LPG, 15 liters of jet fuel and 26 liters of other products for every barrel.

While conscious of the fact that investing $700milion to upgrade the refineries will not deliver maximum value to the country as it would still depend on importation of petroleum products to augment local production, the government is seriously contemplating investing the sum because of emotional attachment to the refineries and national pride. But the $700milion would be a sunk cost because it would not yield maximum value and neither can it ever be recovered.

How to avoid sunk cost fallacy

To avoid sunk cost fallacy, the following have to be noted.

Focus on the big picture

You should always put the big picture in perspective at all times to avoid losing grip of the vision because of a setback. What should determine your course of action is what you set out to achieve. If it is a business, what is the goal? If it is a career, what are your targets? If it is a relationship, what are the expectations? Then the question to ask is will the current reality produce the expected outcome? Also ask yourself if continuing the way you currently are going will take you to the desired destination. It is better to lose a battle than to lose a war. But those who are so glued to the lost battle will miss the opportunity to win the war. The big picture is winning the war, not necessarily the battle. The battle is just a phase in the war, if you expend more resources than required trying to win a battle that is already lost, you jeopardize your chances of winning the war.

Speed is good. Those who have speed usually have an edge over others. But it is more advantageous to think through an action before launching out. Thinking through is essentially forward thinking. Those who practice forward thinking hardly ever get stuck along the way because they would have thought of the likely potholes and would have found a way round them before setting out.

In the book, Start with Why: How Great Leaders Inspire Everyone to Take Action, Simon Sinek shares the story of a group of American automakers who paid a visit to a Japanese assembly line. To their amazement, they saw that at the end of the line, the doors were put on the hinges, just like in America, but unlike the practice in America, there was no line worker with a rubber mallet to tap the edges of the door to ensure that it fitted perfectly. When they told their Japanese guide about their observation, they were astonished at his response. He said, “There is no need to tap the edges to make sure the door fits well because we make sure it fits when we design it.” That is the product of forward thinking. Forward thinking is imagining problems before they become evident and finding solutions to them ahead. Little wonder that the Toyota slogan of ‘good thinking, good product’ has become a national mantra in Japan.

Many who get sucked into sunk cost fallacy are so emotionally attached to the lost cause that they are unwilling to let go of it when wisdom dictates otherwise. If you view issues through the prism of emotions, you will miss the opportunities on the spectrum of rationality. Sentiments becloud reasoning and often result in disastrous outcomes. Jim Collins counsels in his book, Good to Great, to always turn to data instead of resorting to emotions. If the results are not right, the right steps must be taken to arrest the decline. Until the right thing is done, no change will occur.

When sentiment or emotion is at play, wrong decision is inevitable.

Play down your ego

The best leaders sometimes make wrong decisions but they quickly own up. They do not allow their ego to determine what they do. Instead of going in the wrong direction to protect their ego, they quickly make a detour and re-strategise thereby saving themselves as well as others from the agony of futile efforts.

Despite the military might of the United Kingdom, fighting the Malayan Races Liberation Army (MRLA) in their territory, from 1948 to 1960, stretched the British Army. For two years, the MRLA had an edge over the British soldiers and continuously depleted the British troops. This prompted Field Marshal Bernard Law Montgomery, who was Chairman of the Western Union Commanders-In-Chief Committee, to write the Secretary of State for the Colonies, Oliver Lyttelton, on the need to review the strategy being deployed against the Malayans. Montgomery wrote, “We must have a plan. Secondly, we must have a man. When we have a plan and a man, we shall succeed: not otherwise.” General Gerald Templer and others on the field swallowed their pride and implemented Montgomery’s suggestion. There was a change in strategy and that turned the tide in favour of the British Army.

Those who often do reality check seldom fall into sunk cost fallacy.

Do you have the Messiah complex?

How to get results where you once failed

The price of failing