Latest NewsEntertainment
By Tribune Online On May 22, 2019 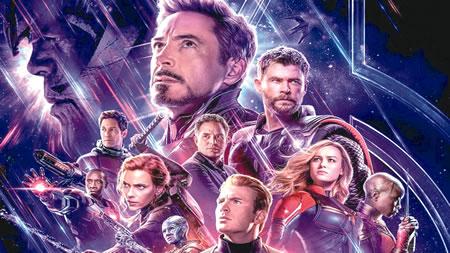 MARVEL’S ‘Avengers: Endgame’ has broken ‘Avatar’s record as the number one movie of all time in the United States but struggles to complete the win globally.

News Agency of Nigeria (NAN) reports that according to box office estimates and Disney, ‘Endgame’ will take in $29.4 million domestically (in the US and Canada) at the end of its fourth weekend for a total of $770.8 million in domestic ticket sales.

This means Endgame is sailing past ‘Avatar’s $761 million in domestic ticket sales and taking the number two spot, behind only ‘Star Wars: The Force Awakens’, which is still number one domestically with $937 million in the box office sales.

NAN reports that globally, ‘Endgame’ has now sold an estimated $2.6 billion in tickets, including $76.2 million that weekend. But ‘Avatar’ still reigns at number one with $2.79 billion in ticket sales globally.

The Disney comic flick also earned $5 million in China, meaning it was continuing to earn nearly 3.5 times its domestic gross overseas even without China. (NAN)