•As gov Inuwa participates in affirmation of results of consensus that produced party executives in Jekadafari Ward•APC national team, observers, others commend rancour-free conduct of Ward congress in Gombe 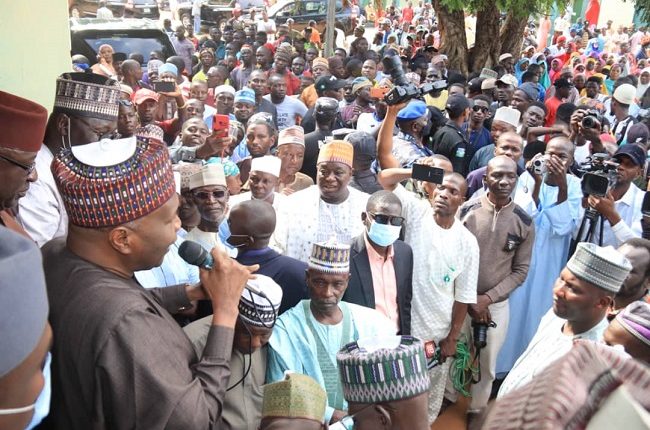 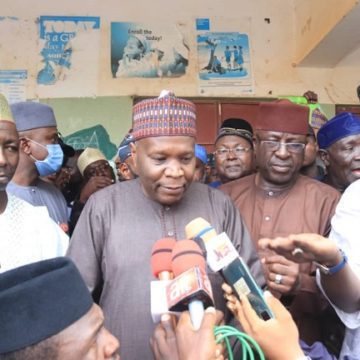 Gombe State Governor, Muhammadu Inuwa Yahaya, on Sunday, was at his Jekadafari Ward in Gombe metropolis where he attended and participated in the affirmation of the result of the APC Ward Congress conducted through consensus method.

Recall that stakeholders of the APC in Gombe State had adopted a resolution to hold the party’s congresses at ward, local government and state levels via consensus in line with the guidelines of the National Caretaker/ Extraordinary Convention Planning Committee.

The exercise went simultaneously and peacefully across all the 114 wards of the state.

A team from the National Headquarters of the APC, under the chairmanship of Dr Danjuma Dabo, presided over the ward congresses and received results on behalf of the party.

Speaking shortly after being presented with the new executive members of Jekadafari ward, Muhammadu Inuwa Yahaya, praised the smooth conduct of the exercise in the ward, describing it as a precursor for the emergence of credible leadership for the party in the state.

He explained that the exercise was in line with the APC guidelines which mandated states across the country to begin the process of electing party executives which can come through outright election or consensus method.

The governor said that “Yes before now we had leaders in the APC at all levels in the state but base on the guidelines of the party, elections are expected to be conducted to give room for new crop of leaders to stir the affairs of the party for some years to come.”

He added that “I am delighted with the conduct of our party men and women and I congratulate our new officials.”

The governor noted that the peaceful conduct of the ward congress in Jekadafari was an indication that the people of the area are not only advocates of democracy but staunch allies of his administration, which was exemplified and demonstrated in the event organised by the Jekadafari Community Forum to honour him.

The governor promised those that have been replaced through the ward congress will continue to remain bonafide members of the party and relevant in the scheme of things.

To the newly elected Ward Executives, Governor Inuwa Yahaya, charged them to exhibit absolute loyalty to the party as the APC will not tolerate division and other actions that are inimical to its progress and development.

The team of APC officials, alongside some observers, were also at the ward collation centres in Dawaki, Shamaki, Nasarawo and others to sample the outcome of the exercise.

In an interview, the Chairman of APC Congress Committee for Gombe State, Dr Danjuma Dabo said the exercise was not only peaceful but conducted in accordance with APC guidelines, expressing satisfaction with the overall process.

The coordinator of the ward congress in Gombe Local Government, Barnabas Maspara Jessu expressed delight over the conduct of the exercise across the area, saying it was the choice of the people that emerged in the process.

In spite of the huge investment in the water sector by the government and international organisations, water scarcity has grown to become a perennial nightmare for residents of Abeokuta, the Ogun State capital. This report x-rays the lives and experiences of residents in getting clean, potable and affordable water amidst the surge of COVID-19 cases in the state.  APC Congress: Gombe elects ward executives in peaceful, transparent process