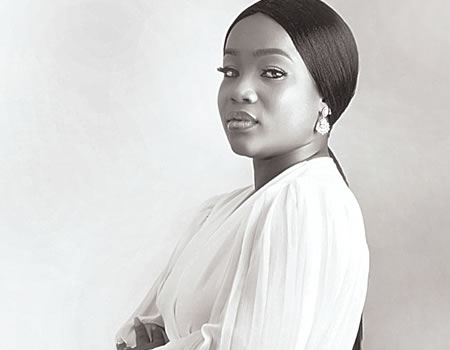 To commemorate Workers’ Day this year, Leading Ladies Africa (LLA) released its annual list of 50 leading ladies in corporate Nigeria, and on the list this year, along with 49 other phenomenal women from different industries, is Anita Aiyudu-Adesiyan, the Country Manager for MTV Staying Alive Foundation.

The list, according to the publication, serves two objectives: first, to make a case for gender diversity and inclusiveness within the corporate sector, and secondly to highlight the women who are leading successfully across different business sectors.

According to Leading Ladies Africa, Aiyudu-Adesiyan “is a vibrant and result-oriented PR and marketing professional, with a proven track record of wins in complex supervisory roles she has held. This has seen her responsible for securing strategic partnerships and overseeing campaigns geared towards behavioural change among young people.”

Aiyudu-Adesiyan’s appointment as country lead for MTV Staying Alive Foundation was announced earlier this year, making it the first time the brand which is behind the award-winning youth centric show, MTV Shuga would be anointing a lead for its operations in Nigeria.

Before her appointment, Aiyudu-Adesiyan served as the Marketing and Partnerships Manager at MTV Shuga Nigeria. She had cut her teeth in marketing communications at top Nigerian PR and reputation management firm, Black House Media (BHM), a six years stint which saw her champion the publicity and communications for top brands and events including Nigerian Breweries Plc, ViacomCBS and Moet Hennessy among others.

Speaking on the recognition, Aiyudu-Adesiyan said, “I’m very pleased to be recognised by Leading Ladies Africa. Seeing my name up there along with these other very inspiring women showing the world just how resilient and intelligent the woman is, has been quite humbling to say the least. I’m very thankful to my team at MTV SAF. A lot of hard work goes on behind the scenes but recognitions such as this one prove that we are definitely doing something right.”

Also on the highly impressive list this year are Chidum Ayeni, MD at Heineken Burundi; Dupe Akinsiun, Head, Leadership and Capabilities Centre of Expertise at Coca Cola and Ezinne Ubosi, the Regional Ethics and Compliance Director at Walmart.