Alkali: Why NEDC is getting it right 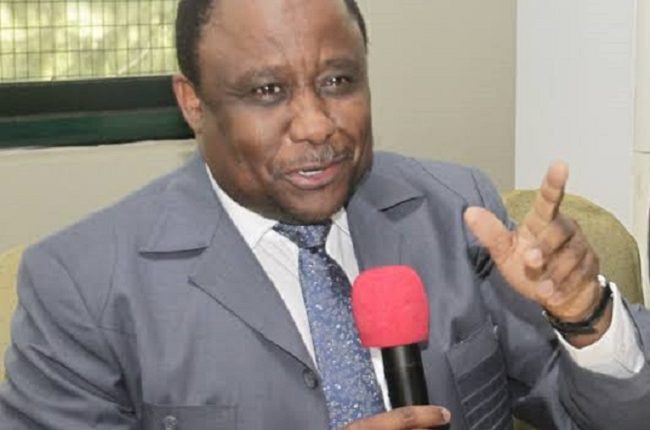 The Boko Haram conflict in North-East Nigeria indeed came with its attendant consequences that saw countless persons’ death and the destruction of properties and livelihoods worth several billions of naira. The impact of this conflict has left a sour taste in the mouth, which indeed necessitated the establishment of an interventionist agency to address the region’s developmental challenges.

I recall when in 2017 the President signed into law an act establishing the North East Development Commission, it was indeed such an epoch-making event in the sense that the President put the best foot forward towards rebuilding North-East Nigeria in the aftermath of the Boko Haram carnage.

The mission of the NEDC is explicit; lead the reconstruction and development of North-East Nigeria. in my opinion, it was a display of foresight by the President that has indeed delivered on its core mandate as life gradually returns to North-East Nigeria in the past two years of operations.

The NEDC is charged with the responsibility to, “among other things, receive and manage funds from allocation of the Federal Account, international donors for the settlement, rehabilitation and reconstruction of roads, houses and business premises of victims of insurgency as well as tackling the menace of poverty, illiteracy level, ecological problems and any other related environmental or developmental challenges in the North-East states.

Having such a mandate, the question of who drives such an interventionist agency’s operations comes to mind. And this is where the President got it right in Mohammed Goni Alkali’s appointment as the Managing Director/CEO in January 2019.

I recall that the appointment was indeed received with mixed feelings in the polity, in the sense that stakeholders wanted to know him and his capacity to deliver on a mandate as critical as driving the reconstruction and development of North-East Nigeria.

Mohammed Goni Alkali didn’t not only silence the concerned stakeholders with a rich resume; he also availed them a track record of exceptional public service career. For the records, the Managing Director/CEO is a first-class degree holder in Accountancy from Bayero University, Kano.

He also holds a Master of Science degree in Accounting and Finance from London School of Economics at the University of London, United Kingdom.

The case of the NEDC has somewhat proven different from other interventionist agencies in the country through the leadership style introduced by Mohammed Goni Alkali. One thing has remained constant; There has been a consistent drive towards achieving its core mandate in rebuilding North East Nigeria that had suffered phenomenal destruction since 2009 when the Boko Haram group began its violent campaign against Nigeria. Mohammed Goni Alkali is not just leading; he is leading with tangible examples that spelt out the role of vision and purpose and transparency and accountability in achieving set objectives.

Some of us in the knowledge of his pedigree knew that it would only be a matter of time before Nigerians would realize the full potentials of Mohammed Goni Alkali. Little wonder that in less than two years, the impact of the NEDC in North-East Nigeria remains phenomenal. The NEDC has remained focused and has churned out developmental programmes that have impacted life in North-East, Nigeria.

It suffices to add that for an interventionist agency such as this, the entrenchment of transparency in its operations remains the cardinal rule. This much has been witnessed in the NEDC with Mohammed Goni Alkali taking the lead. His appointment is a clear demonstration of a round peg in a round hole. As pioneer MD of the agency, he understands that so much will depend on him for the agency’s future and why he has set the rules straight from the word go.

In my opinion, Mohammed Goni Alkali understands that every single penny allocated to the agency must be used for the benefit of the people. With him, there is no such thing as contract padding as everything must go through due process and must be accounted for. This much has been said about him by staffers who are never in short supply of praises for his leadership style.

From host communities to stakeholders, the story is the same. The song is constant on how Mohammed Goni Alkali is leading a revolution in rebuilding efforts in North-East Nigeria. for example, The Nigerian Senate Committee on Special Duties recently commended the North-East Development Commission (NEDC) for its “outstanding performance” in the area of humanitarian intervention.

The Chairman of Senate Committee on Special Duties, Sen. Yusuf, gave the commendation when he led a delegation on a three-day oversight function to appraise the Commission’s one-year performance in Maiduguri. He said, “The NEDC is a baby of the federal government; it is just one year, but it has performed tremendously well in the past year; especially in the area of humanitarian intervention.”

The Senate’s commendation is just one from the array of recognition that has come the way of the NEDC since inception. I recall that numerous local and international groups have undertaken studies on the NEDC model as a panacea for development. This is commendable and an indication that President Muhammadu Buhari indeed got it right with the quality of appointment at the NEDC which from all indication would be different from other interventionist agencies in the country that got it wrong from the foundation.

He is also setting the pace in terms of administration as numerous accounts indicate that the NEDC boss has put in place mechanisms that ensure that the agency’s staffers deliver best results at every given time. In the NEDC, hard work is considered a norm in such a manner that the work atmosphere is always charged due to the level of activities ongoing simultaneously while making sure everything is in the right position.

And the results have been glaring and as well as impressive. I consequently wish to state that this piece is intended to challenge other public office holders towards the entrenchment of transparency in their operations using the NEDC model.

Mohammed Alkali remains my man any day with his passionate approach in the administration of the NEDC. He might not be that loud as others would want him to given his efforts so far. However, one thing you can’t take away from him is the fact that he knows his onions, and he is passionate about achieving results.

His penchant for results would ultimately translate to laying a solid foundation for an agency as critical as the NEDC. He is also conscious that how well the NEDC performs in the future regarding fulfilling its mandate would be determined by his performance as the pioneer managing director.

I am glad that this is happening at the NEDC. Without mincing words, I commend the stewardship of Mohammed Goni Alkali in the NEDC so far. I am not in doubt that there would be more remarkable results in the years ahead. I can only solicit that all the stakeholders in North-East Nigeria extend their support to him as he delivers on the mandate of rebuilding North-East Nigeria.

The British Parliament at the Westminster Hall held a debate on ‘e-petition 554150, relating to Nigeria and the sanctions regime’ on Monday. The government of the United Kingdom has however responded…Why NEDC is getting  Why NEDC is getting

The surprise visit made on Friday night by the leaders of the ruling All Progressives Congress (APC) to former President Goodluck Jonathan at his residence in Abuja triggered a stir in the major political camps, resulting in at least four possible theories..Why NEDC is getting  Why NEDC is getting