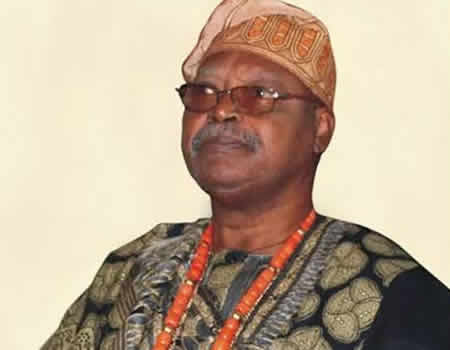 Tinubu, in a statement signed by Mr Tunde Rahman, his media aide, described Akinyele as an elder statesman who contributed immensely to Nigeria’s development.

Akinyele died on Thursday at the age of 81.

“The late minister would be deeply missed by the country he served to the best of his abilities.

“Chief Alex Akinyele was an elder statesman. He served the country to the best of his abilities.

“He did his best as minister of Information and later Chairman of the Nigerian Sports Commission.

“He was also one leader who was very proud of his Yoruba, indeed Ondo heritage, and demonstrated this often in his appearance and conduct.”

“To meet him is to like him. He was full of life and was unmistakable with his sartorial elegance.

“The country he did his best for will sorely miss him.

“I commiserate with his family, friends and relations at this moment.

“My condolences also go to Governor Oluwarotimi Akeredolu and the government and people of Ondo State.

“May they find the strength to live through his passing and may the soul of Chief Akinyele find eternal rest in the bosom of the Lord,” Tinubu said.