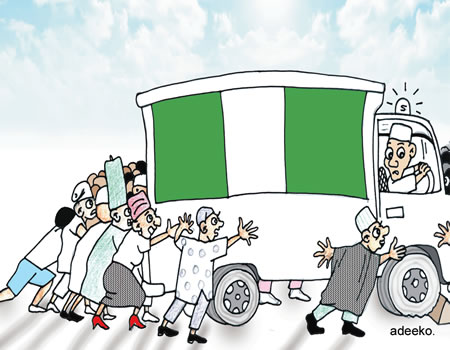 Where are our values, pride, and comfort today? The answer is that they have been buried in the womb of tribalism and ethnicity. Or better still, consumed by these long-standing enemies of our beloved country, Nigeria.

On Friday 13, March in Abuja the management team of the People’s Initiative for a Progressive Nigeria (PIPN) noted that it would be a grave mistake for we Nigerians to overlook the damage ethnic nationalists are doing to avert the dream of building a country united by civil rules, equality and rule of law.

Similarly, Festus Kayemo, SAN in an annual human right lecture urged youths in Lagos state not to let ethnicity cause hatred among themselves.

Loyalty to ethnic groups by individuals tends to impede on true nationalism and unity of the country. From the colonial times till date, leaders have been able to use ethnic biases to win the election and divide the country. Most of the conflicts that take place begin from this ancient ethnic sentiment fueled by selfish political motives. For example, employment into public office, ministries, agencies, and directorates of the federal government are mostly for tribal reasons and not competence. Tribalism upholds division which causes ethnic conflicts and stops collective efforts to grow the economy.

The evolution of ethnic militias such as the Bakassi Boys; Movement for Actualization of Sovereign State of Biafra (MASSOB); Odua People’s Congress (OPC), Egbesu Boys; Movement for Emancipation of Niger Delta (MEND); Arewa Forum, Boko Haram, etc are all product of tribal sentiment.

Therefore, the impacts and effects of tribalism on unity and development include:
• Inability to Fight Corruption: There is a prominent tradition that exists in Nigeria that forbids citizens from exposing or prosecuting fellow tribesmen for the corrupt practices they engage in. Corrupt tendencies are exhibited and laws violated, yet such individuals are able to get away and avoid persecution with it by invoking ethnic sentiment. For instance, a private jet that belongs to the president of the Christian Association of Nigeria (CAN) – Bishop Ayo Oritsajafor, was apprehended and confiscated in South Africa over possession of $9.3 million allegedly meant for the purchase of arms. Before the South African government could conclude the investigation, his ethnic region and kinsmen in Nigeria were already in the media defending and exonerating him, and declaring war if their son is prosecuted. The implication of this tradition of supporting your tribesmen is one of the reasons why Nigeria is been headed by corrupt leaders who are only interested in enriching themselves instead of the development of the country.

• Employment: Guarantee of employment or award of contract in public service is a function of one’s tribesperson in the position of authority. The phrase “it is our turn” was coined from this practice and has been able to undermine the public service because most of the people appointed into the public officials have no knowledge or experience in that sector causing the work to suffer. Merit and excellence are sacrificed on the altar of primordial thinking. For instance, most ministers and commissioners appointed in the ministries are usually not qualified but are given these appointments on the basis of tribalism and favouritism and they end up being inefficient affecting the flow of work. Like the governor of Imo state- Rochas Okorocha appointing his sister as the Commissioner of the Ministry of Happiness and Purpose Fulfillment.

• Politics of Division: The current political tension in the country surfaced mainly as a result of an avoidable clash between forces of democracy and that of tribal interests. The political power-play in the name of building consensus within political party structures have been to negatively influence and affect the tradition of the emerging mentality of political office rotation between the North and the South. Also, it is a well know known fact that the north has greater representation in the senate because they have more states which means that they can be able to influence decisions. In fact, some analysis posits that this form the fulcrum of the scaling of the Boko Haram insurgency. That the ethnic elements in the North felt cheated when the seat of power didn’t return to them in 2011 as agreed within the ruling party after the death of President Umaru Musa Yar’Adua and the presidency shifted to the South in the hands of President Goodluck Ebele Jonathan.

• Distrust: A fundamental impact and effect of tribalism in Nigeria is a culture of distrust amongst various ethnic groups in the country. The issue of distrust has bred hatred among people of different tribes. Due to distrust, confidence in objective and legitimate issues of poverty and environmental pollution are overlooked. For instance, looking at the case of poverty and environmental pollution that is prominent in Niger Delta and the fact that it is trivialized as ‘Ijaw’ issues or as ‘Ogoni’ issues. The distrust among various tribes has also prompted the killing of southerners in the North.

• Promotion of mediocrity and suppression of justice: One of the reasons that tribalism flourishes in Nigeria is because it is an effective tool that gives the user (politicians) an edge in the eternal struggle to gain government patronage (i.e. political appointments). After getting the appointment, these politicians still use a tribal sentiment as a cover to abuse the office, and then to escape justice after leaving the office. Tribalism has been able to cover up the corruption that goes on in the Nigerian political system.

It is very important to understand that these factors have found their way into every facet of the Nigerian political system and are now embedded in the political system. This breeding of tribalism has now become a hindrance to the unity, growth, and development of the country.

The way out, therefore, is that Nigerians need to be well-enlightened about the values that make for peaceful coexistence otherwise we would end up disunited into an Arewa Caliphate, Oduduwa Nation or the Biafra Republic.
Besides the above-mentioned, the management team of the People’s Initiative for a Progressive Nigeria(PIPN) recommends that the country’s foremost principle should be that of ‘united we stand, divided we fall’.

In conclusion, the diversity of Nigeria should be seen as a blessing rather than a tool for exploitation by politicians for political gains.