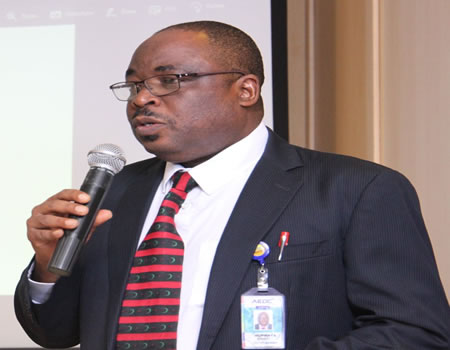 The Managing Director of Abuja Electricity Distribution Company (AEDC), Engr. Ernest Mupwaya said the firm has reinforced 4,048 sub-stations in its network through maintenance services while surveying the protection system of 68 others.

Mupwaya who spoke at the opening session of the 17th Power Sector Meeting in Abuja on Monday said the reinforcement was to boost power supply and enhance health and safety in its operational environment.

The AEDC boss noted improvement in the power sector saying, “the usual discussions in the past about power deficit is gradually giving way to discussions about increased power not being utilised. This is further supported by the rate at which incremental generation is being commissioned in the industry.”

He noted that commissioning the 132/33Kva Kukuaba transmission sub-station by the federal government shortly after the meeting would boost power supply directly in Lugbe area of the Federal Capital Territory (FCT).

Majority of customers in Abuja city such as Maitama, Wuse II, Gwarinpa and Mpape will also benefit from improved supply because of the freed capacity in the Katampe transmission substation, Mupwaya added.

Reeling out other achievements of the Distribution Company (DisCo) since it was privatised in 2013, he said, “We have completed Large Power Users (LPU) metering of 3,885 customers by February 2017; flagged off metering of Small Power Users (SPU) in December, 2016 and close to 90,000 are metered so far.”

AEDC said it has improved the organisational design, corporate governance and compliance, and improved training for its personnel.

The Permanent Secretary in the Ministry of Power, Engr. Louis Edozien who chaired the meeting said the ministry has rolled out policy directives to address limitation of 33Kv and 11Kv distribution infrastructures across the DisCos to solve the issues of power unutilisation often tagged as load rejection.

Edozien urged the DisCos not to feel threatened by the recent ‘Eligible Customer’ pronouncement that will allow certain customers to buy power directly from the Generation Companies (GenCos). He said the declaration will strengthen their services and improve revenue base to tackle the liquidity crisis in the sector.

He also revealed that the Market Operator and the Nigeria Bulk Electricity Trading Plc (NBET) are in the process of restructuring the bulk energy debts owed by DisCos to help them raise financing while improving their services to customers.

Bauchi to generate 10,000 megawatts of power through incinerated solid waste ​―…