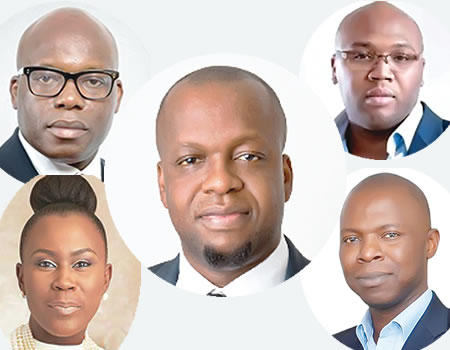 The best way to make 2020 extraordinary is to shun mediocrity and that means not being satisfied with doing just enough. Mediocrity creeps in on many people surreptitiously. Quite a number of those who would have positively affected their world fail to make a definite and defining mark because they get sucked into the average life unconsciously. Their undoing is that they keep measuring their impact by the accomplishments of those around them. So, rather than reaching for the moon, they feel content with companying with nightingales that cannot go beyond the height of trees. By so doing, not only do they deprive the world the benefit of the fullness of their capacity, they also do themselves in by failing to become who they are capable of becoming.

Mediocrity is being ordinary or average. It is a state of being unexceptional, uninspiring or common. But beyond these descriptions, it is being less than one’s best. It is operating below one’s installed capacity. It is common to be common. It is easy to fall into the trap of the average life. It is convenient to be mediocre. But while it is easy to be ordinary, the cost to self and others is huge.

It is the same in the business world; MTN wants to be better than Globacom, not Virgin Mobile or Orange Telecoms. First Bank is satisfied that its balance sheet is bigger than those of some other local banks; it never aspires to beat HSBC. University of Ibadan engages in chest thumping for being ranked the best in the country, though it does not make the list of the best 1000 universities in the globe.

It is this comfort that the continent has with mediocrity that makes it the home of diseases, poverty, corruption, backwardness and squalor in spite of its enormous natural endowments. Africa is the continent where mediocrity is celebrated and average accomplishment is praised to high heavens.

Moving into extraordinary life in 2020

Nobody achieves extraordinary feats by being content with the ordinary; becoming extraordinary starts with being fed up with ordinary life and thirsting for more. Outstanding success is never accidental; it is a product of deliberate efforts. To move into the realm of being an extraordinary person or organization in 2020 requires taking some steps. Here are some of them.

Have a compelling goal

A goal is that particular thing which we want to accomplish by a given date in future. According to John Northcross, a Psychology Professor at the University of Scranton, Pennsylvania, the success rate of people who set goals is 10 times higher than those who do not. Those who do not set goals do not go far because they are not constrained by any vision and feel justified to fritter time, resources and opportunities. Since those who do not set goals do not have any target, they do not hit any. Therefore, goal setting is of great importance for those who want to make a mark in life because it births focus and where there is focus, there will be optimization of resources which scales up results. No one can record extraordinary achievements without having a compelling goal. In the face of a strong goal, mediocrity stands no chance.

Look beyond the present

The good is the enemy of the best. Whatever has been accomplished at the moment is an indication of what could be achieved with greater determination and commitment. Therefore, to go beyond the current level of accomplishment will require a hunger for something better than what is already available. It is this hunger for something better that took the world from the telephone invented by Graham Bell to the Android and the iphone series that we have now. It is the same thirst that has brought about the many innovations that the world has witnessed. To optimize your capacity, there must be a hunger for more than what is available. You must not be content with having that which is good because for as long as you are comfortable with the good, the extraordinary will be a mirage.

The environment plays a major role in determining how far one goes. The environment can either stimulate growth or stunt it. But the onus is on the individual or the organization to resolve to rise above the limitation imposed by the environment.

The story is told about two sharks that were born at the same time. One was thrown into the ocean while the other was put in an aquarium. Three years later, the one in the ocean had become quite huge but the one that was kept in the aquarium could not grow bigger than the aquarium despite having the capacity to be as big as a ship. So, the environment is a significant determinant of how far an organization or individual goes. But that is if it is allowed. In every community of the world, there are people who have defied environmental limitations to live their dreams. They were able to do this first because they had a dream and second because they were determined to live that dream. There is nothing that is impossible. Every difficulty thaws when confronted with strong resolve. So, if an organization that is located in the remotest part of Africa resolves to play on the world stage and is prepared to pay the price, it shall be done.

One factor that has contributed to growth in the West is their attitude of challenging status quo. No belief is seen as sacred. They do not regard questioning tradition as a sacrilege. This has resulted in exponential growth in every aspect of human endeavour. But reverse is the case in Africa. The average African believes what he is told. He is told not to ask questions and he complies. He is told that is how it is done and he toes the line. He is told not to go beyond a point and he takes that as the gospel. He never wants to rock the boat. He never wants to disrupt the system. He never wants to shake anything up. He plays along even when the status quo is to his disadvantage. This is one of the reasons mediocrity rules on the continent.

To become extraordinary, challenging the status quo is sine qua non. When status quo is challenged, the level of reasoning is raised and new possibilities become evident. But when beliefs, traditions and status quo are left unchallenged, nothing changes.

Depart from the majority

This is also the reality in many spheres of life. Less than 10 per cent of any population is really in control of the resources available to that population. The import of this is that average people are in the majority. So, going with the majority is signing up for a life of ordinariness. Those who live the average life are so many because their pursuit is convenience. But convenience never produces excellence. Whatever will be extraordinary will come at a cost. The ultra successful people understand this, hence they never rest on their oars; they move from one level of accomplishment to another, trying to beat even their own records.

Many fall into the trap of the ordinary life because they find comfort in the company of average people who are in the majority. To live an extraordinary life that optimizes ability, you have to company with those who will challenge you to be your best, not those who feel comfortable with your mediocrity. If you company with five average people, you are the sixth, irrespective of your personal capacity. In the same vein, if you walk with five exceptional people, you are the sixth.

Never give up in the face of difficulty

It is easy to throw in the towel if at the initial stage the result is nothing compared with the invested efforts. But that is the thinking of the average people. Those who want to actualize achieve extraordinary feats never believe that any difficulty is too much for them to handle. They keep at the problem until they find a way.

The odds seemed stacked against Jack Ma, founder of Alibaba Group. He failed so many examinations that nobody expected him to make it through the university but he did. In his own words, “I failed a key primary school test two times, I failed the middle school test three times, I failed the college entrance exam two times…” He sought admission to Harvard University in the United States of America 10 times and each time he was turned down. He ended up at Hangzhou Normal University, where he studied English Language. After graduation from the university, he applied for 30 different jobs, including the police, and was rejected by all of them. At a point in his life, he applied for a job along with 23 others at KFC, all the others were employed, he was the only one turned down by the company. When he could not secure employment, he decided to become an entrepreneur. Though the first two attempts ended up in ashes, he refused to give up.

During a sponsored trip to the United States in 1995, Ma came across computers and the internet for the first time. At that time, computers were quite costly in China while the internet was non-existent. He immediately saw the opportunity and decided that it was time for China to have the internet and decided to introduce e-commerce in the country. On his return to China, he persuaded 17 of his friends to join him in setting up Alibaba. He was able to raise $60,000 from his friends. He later raised $20million from SoftBank and $5million from Goldman Sachs in 1999. Since then, the company has grown so much that it is now in every part of the world, thus making Ma the richest man in China and one of the richest globally.

Knowledge informs action. The richer you are in knowledge, the richer your life will be. To become extraordinary, you must be committed to a lifetime of learning. The world is not static, things change every time. Knowledge becomes obsolete at an alarming rate. To live an exceptional life this year, you have to grow in knowledge on a daily basis. The quality of your knowledge will determine the quality of your performance. You can only do new things when you know new things. If you do not grow in knowledge, you will be shoved aside by those who never get tired of acquiring knowledge and practising what they know. Every market leader that loses its edge must first have lost its appetite for updating its knowledge. The organizations that are the rave of the market are those who keep improving themselves by giving their people new skill sets so as to enable them do new things. To become extraordinary, stretch yourself to the limit possible. When you commit yourself to a ruthless self development programme, you will be so far ahead of the majority that your distinction becomes crystal clear.

For those willing to pay the price, extraordinary life is within reach.

How you can make room for yourself and business in 2020