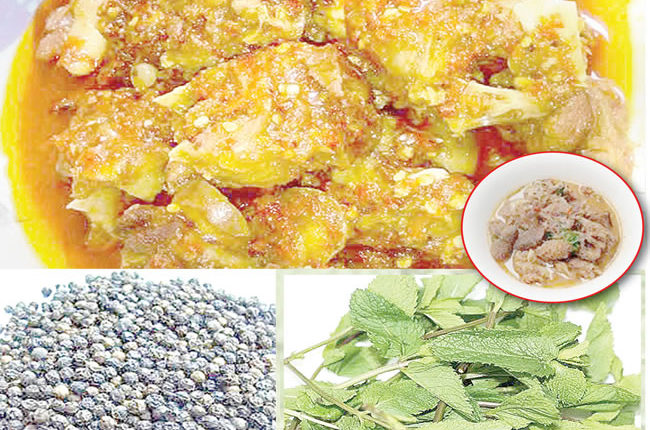 Ok let’s dig in the recipe for the pepper soup.

Then dice your meat into chunks

Blend pepper and put in a separate bowl

Chop the leaves (uziza and scent)

Grind uziza seeds and ehuru together into a powdery form

(The flavour is nice after grinding)

Season meat with very little ginger, salt, pepper, garlic and allow to immerse for about 30 minutes

Boil the meat over medium heat

When it has boiled for 10 minutes, add the blended pepper, uziza mixture and spice

Allow to simmer for 10 minutes or till meat is soft.

Taste to know if you have it spicy enough

Reduce the heat and add uziza and scent leaves

Your mutton pepper soup is ready.

For the expected thickness of pepper soup, boil yam or plantain separately

Before you add the leaves to your pepper soup, boil either of your tuber bits into the pot

Chop your leaves while it’s boiling

Reduce heat and add the leaves

Allow to boil for 2-3 minutes

Courtesy: Iphair’s Cuisine; a microbiologist who is keen on healthy eating lifestyle.