Exclusive: We cannot rule out “wharf rats” in our terminal —PTML 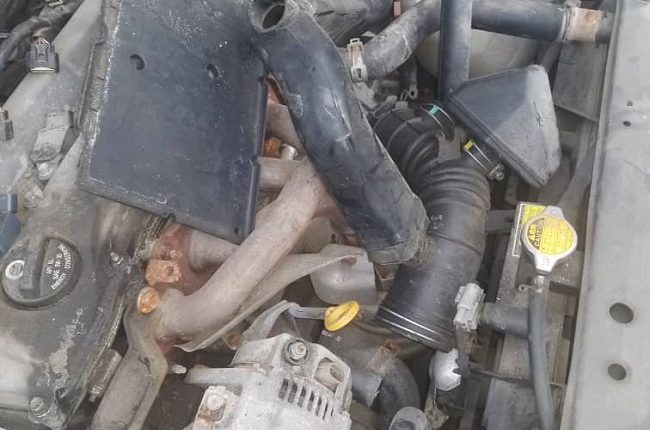 GRIMALDI Nigeria, the operator of the Port and Terminal Multiservice Limited (PTML) at the Tin-Can Island port in Lagos has admitted that due to the huge influx of cargoes that arrive at the terminal daily, it cannot entirely rule out cargo pilfering at the terminal.

Disclosing this to the Nigerian Tribune exclusively, the Managing Director of PTML terminal, Mr. Ascanio Russo assured victims of cargo pilfering of adequate compensation. According to the PTML Managing Director, “Every month, we are receiving in our terminal over 10,000 vehicles and I cannot comment on each and every unit discharged.

“Considering the number of vehicles we are delivering on a daily basis, the percentage of vandalized cars is still very marginal ona  percentage basis (less than 0.1 per cent). We take security of the cargo very seriously and we do our utmost to ensure that the cargo is delivered to the importer in the same conditions we received it.

“We believe we offer superior service to our clients. At the same time we cannot exclude that in some rare occasions, some pilferage may happen. In such cases, we always indemnify our customers once it is proven that the pilferage happened when the vehicle is in our care.”

Recall that a vehicle importer, Mr David Okanlawon had lamented about the pilfering and looting of his imported Toyota Camry vehicle components right inside the PTML terminal. This is even as the PTML Chapter of the Association of Nigerian Licensed Customs Agents (ANLCA) confirmed to maritime journalists that vehicle pilfering at PTML terminal and Port & Cargo Handling Services (P&CHS) has been ongoing for some time now.

Speaking to newsmen earlier in the week, Okanlawon stated that, “My Toyota Camry vehicle battery, air conditioner compressor, side mirror, extra tyre among others were all pilfered within 72 days the vehicle spent in the terminal.”

Okanlawon who said the vehicle was discharged from the ship MV HOEGH XIAMEN on March 28, 2020, said he was surprised that vehicles could still be pilfered after terminals were concessioned to private operators.

“The wharf rats that were once defeated at the seaports have returned and we know that a whole container was burgled in the Port and Cargo Handling Services (P&CHS) terminal some time ago. However, I know pilfering of vehicles happens mostly at mile 2 annex of the PTML terminal and we have instances of remotes of vehicles missing and they tell us it got lost on transit. We are currently collating the lists of burgled vehicles to present to Grimaldi shipping, operator of the PTML Terminal because this has to stop,” Mr. Ayo Sulaiman had told newsmen.