A case for the true origin of humanity 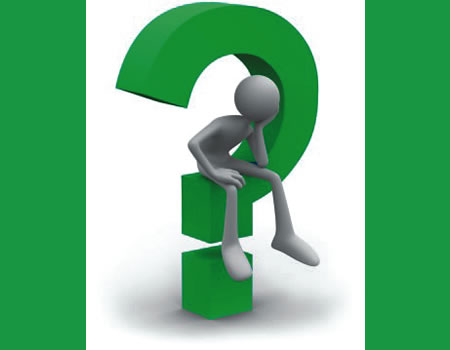 FOLLOWING the recent reports of Botswana being credited as being the origin of humanity, the true Garden of Eden, the claim has been dismissed as cultural miseducation by the African Sociocultural Harmony and Enlightenment (ASHE) Foundation, backed by paramount traditional rulers led by the Ooni of Ife, Oba Adeyeye Ogunwusi. The news falls under the range of reports on the continued misconception of original African cultural and genetic origins and identity, which range from wrong archeological conclusions that Tanzania was the origin of humanity, based on the hominid findings, to now wrong genetic anthropological conclusions relating to Botswana. This latest study, which claims that the evolution of humanity occurred in a huge lake that previously existed in Botswana, overlooks a fundamental requirement that the environment should be salty marine water, as well as have a freshwater source due to the physiological makeup of man that includes some salts. No other sub-region in Africa has the necessary environmental conditions, apart from Southern Nigeria with the largest continental mangrove and freshwater swamp and lowland rainforest in Africa.

Unlike with the theoretical Botswana lake that can only occur within a short timeframe by stretching the 26,000-year precession of the equinox, in Nigeria for millions of years, much of the rainfall from the Atlantic Ocean, especially from Guinean highlands and Jos Plateau watersheds, is funneled out back to the Atlantic Ocean through Nigeria’s permanent continental freshwater and mangrove swamps. Nigeria is also the centre of the Yam belt known to be the food of evolution picked in the wild by our first ancestors that were hunter-gatherers. When initially suggested that man evolved in a rainforest, due to the fact that all hominids skeletons unearthed had dental markings that showed a previous rainforest habitat, what became known as the ‘wild yam’ question was raised that man couldn’t have survived on wild yams alone through various seasons without savanna grains agriculture. However, it has recently been proven by the Kyoto University study (Yasuoka 2013) that man evolved eating wild yams, of which we have 18 species that not only supplies food throughout the year, but yam patches that last for 35 years.

Now, the question is what did the first humans in Botswana eat? This recent study currently trending attempts to explain the inconsistency of the genetic study conducted by Sarah Tishkoff et al (2009) entitled ‘The Genetic Structure and History of Africans and African Americans’ that came to the wrong conclusion of Botswana, which was influenced by the wrong inclusion of the nonexistent ethnic group Lemande, instead of Yoruba, to determine the site of divergence. The inclusion of Lemande to be the only group older than Yorubas among full-sized Africans that speak the continuum of dialects known as the Niger Congo ethnolinguistic family made the decision biased towards Central Africa. Also, an overlooked fact is that Western Pygmies are largely mixed with Bantus, while those that migrated to South Africa were isolated and retained their age more than their West counterparts. If the site of ancestral origin had been based on the true oldest DNA Yoruba, it would have been clear that the nearest source of salty and freshwater was the Yoruba coast. It is agreed in the theories of Bantu migration that the Benue-Congo ethnolinguistic group made a divergence from Taraba/Adamawa into Cameron, down Rivers Sanga and Chari, across Central, East and South Africa.

Studies related to these findings include Genetic Linguistics: Essays on Theory and Method edited by William Croft (2005); Joseph H. Greenberg’s ‘The Classification of African languages’, published in the American Anthropologist (1948) and The Languages of Africa (1963).This Benue Congo ethnolinguistic group diverged from the Volta Niger group that includes Yoruba, Igbo, Ewe and Fon, whose cultural and social organisation show a coastal evolution point with only yam at the foundation of their culture. Yoruba and many other groups evolved on the coast of Nigeria in a previous town known as Ife Oodaye and diverged in Ife Ooyelagbo. Western academia chose to overlook West Africa for archeological surveys, until 2002 when the oldest of all humanoid skeletons named Toumai was found in Chad, dated at 7 million years, which was around the time man evolved from monkeys, as cited in M. Brunet in Nature (2002). Based on the incomplete non-universal nature of archaeological studies, a wrong conclusion was arrived and propagated until recently that Tanzania was the origin of humanity. Now, it has come onto the West side of Africa, but not quite at home, the real home of humanity in Nigeria.

It is believed that the identity of the oldest DNA, Yoruba, being the oldest full-sized humans and its coast the true origin of humanity, was not revealed because the Christian scientists that led the comparative DNA studies believed that the information will assail the foundation of mainstream religions and bring about the ascendancy of Ifa. Botswana and the San can’t affect western culture like Yoruba Ifa can unite both Blacks in Africa and the Diaspora. Also, it appears that this cultural misconception goes beyond religion and also has geopolitical considerations. The true African Giant, Nigeria, whose arms and legs were cut into various nations would use the true and full genetic information to reunite the Black Race. Though it is vaguely agreed that all Negroes came from Nigeria, the precise information would go a long way towards empowering unity. The separation between pygmies and full-sized Africans is considered mischievous and only serves to politically divide Black Africans in Southern Africa in their fight for ownership of the land and gold mines. Both San Pygmies, Bantus and all forms of humans evolved and dispersed out of Nigeria. Though apolitical, it is the primary objective of ASHE Foundation to bring about cultural unity across Black Africa through proper education and enlightenment.

11-year-old kidnapped in Kano, sold at Onitsha for N200,000 rescued by police

Path to a Niger of our dream

Power and its impermanence

Attrition of southern professionals and the aftermath