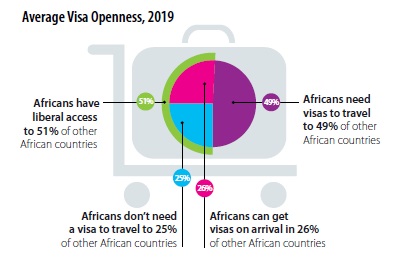 Nigeria has emerged 30th in the 2019 ranking of the Visa Openness Index published by the African Union Commission and African Development Bank.

The new ranking released on Monday on the sidelines of the 2019 Africa Investment Forum held in Johannesburg, South Africa also showed that African countries are becoming increasingly open to visitors from across the continent as Africans have liberal access to 51% of the continent.

A development which the report added will allow the majority of countries and regions make steady progress on all visa openness indicators. 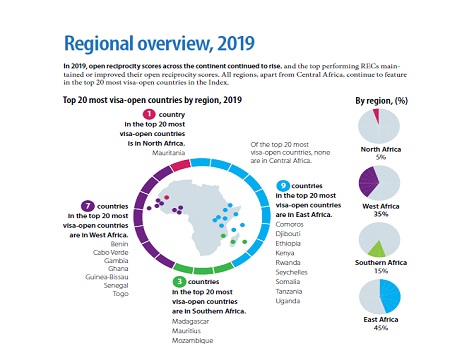 The report said: “On average since 2016, African travellers can get visas on arrival in more African countries, and they can travel visa-free to a quarter of the continent.

“For the first time, Africans have liberal access to 51% of the continent and need visas to travel to less than half of other African countries.

“Moving forward, championing greater visa openness across Africa will help to capitalise on the gains to be realised from the launch of the African Continental Free Trade Area, the Single African Air Transport Market and the Protocol on the Free Movement of Persons. 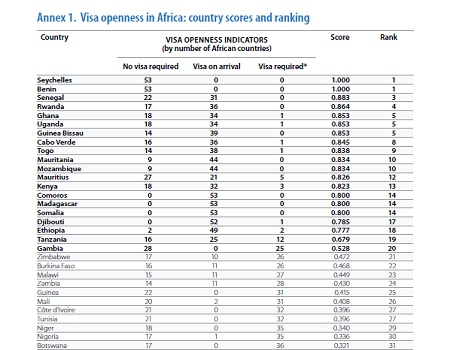 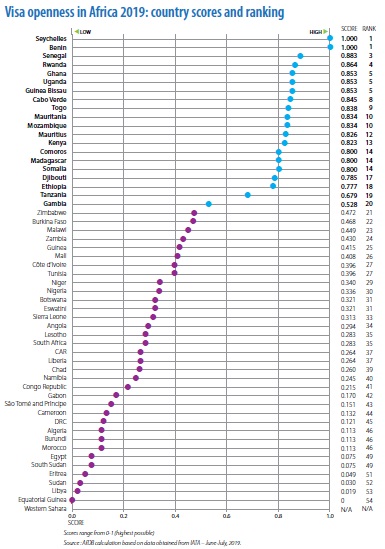