Education
By Ifedayo Ogunyemi On May 7, 2020 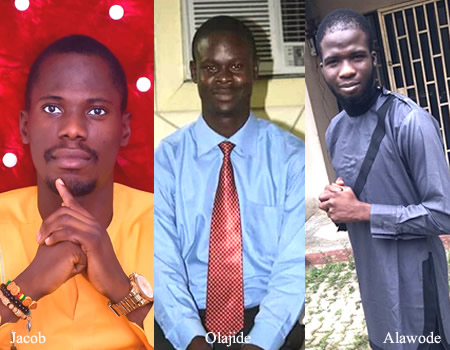 A Nigerian unique social enterprise hub, I-79 Media Consults, has trained not fewer than 400 campus journalists across the country in writing, reporting and fact-checking.

The training with the theme: ‘The Dynamics of Journalism in the 21st Century’ forms part of the organisation’s webinar series for campus journalists.

A statement by the organisation said that the programme was organised for campus journalists across the country and beyond between Friday, April 17 and Sunday, April 19, 2020.

According to the statement, the webinar, which is the core focus of I-79 Media Consults, is meant to help refresh the brains of the teeming army of campus writers and prepare them to be more familiar with available media opportunities.

The participants were drawn from 32 campus press outfits of 16 states across the six geographical zones in the country, including the Federal Capital Territory and the Benin Republic.

The statement noted that the participants were trained on Developing Career in Writing and other various forms of writing by a two-time Amazon bestseller and life coach, Michael Jacob; News Writing Principles by a media scholar and journalist, Jonathan Olajide, and Fact-checking and Disinformation by a fact-checker with Dubawa, Nigeria’s first verification platform, Ibrahim Alawode.

Jacob, during the first session, demystified the myths surrounding writing, saying “not everyone will like your writings, not everyone will be your fan until you become a celebrity writer. Even then, you will still have those who wouldn’t love you.

“So, consistency is key in writing even when no one is reading. The truth is there is always someone reading.”

During the second session, Olajide, a lecturer at the Moshood Abiola Polytechnic, trained participants in news writing techniques.

On news writing principles, Olajide said there are rules, guidelines and framework that reporters must observe when writing news.

These principles, according to him, are learnt in the four corners of news writing class and improved upon by reporters based on their field experience after graduation.

“In writing news, reporters must be guided by the most significant principles such as fairness, objectivity and balance. These are fundamental principles.

“Regardless of the dynamics of this current century and those of the past, these three principles are sacrosanct,” Olajide said.

While speaking on Fact-checking and Disinformation, Alawode said everyone in the world today is a content producer, unlike the age before the emergence of the internet and social media when there were more content consumers than producers.

He noted that today, people manufacture contents from the comfort of their rooms and throw them into the space, saying “the reason why social media is called the misinformation industry.”

He charged the participants to be wary when a piece of particular information goes viral than normal; wrong quotes are attributed to celebrities including politicians of high repute; no reputable source is following the trend; within the text or news report, there are contradictory statements and media content fail to correlate with the message passed.

I-79 Media Consults is a media training, consultancy and career development hub which has provided career insights, advice and mentorship for more than 500 media enthusiasts directly.

As the world awaits COVID-19 vaccines

ASUU has no disagreement with govt — Prof Olapegba

We are producing graduates who will provide solutions to our problems — Founder,…