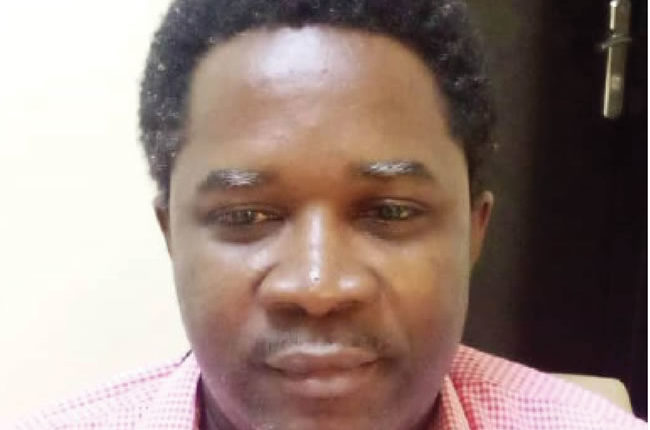 Olalekan Soyombo is a lawyer and Senior Special Assistant (SSA) to Governor Kayode Fayemi on Students Matters. He speaks with ’YOMI AYELESO on the 2023 presidency, youth unemployment, among others.

DR Kayode Fayemi is in his second and final term as Ekiti State governor. How will you describe his policies, especially the one bordering on education?

I make bold to say that Ekiti State education sector has witnessed unprecedented development upon the advent of Dr Fayemi as governor in October 16, 2018. Being a visionary leader and an advocate of qualitative education, he made education reform in Ekiti State, a key priority, thereby making it second to none. He signed an Executive Order on Free Basic Education and this made education in Ekiti State compulsory, giving Ekiti State children uninterrupted access to formal primary and secondary school education. All levies were revoked and it became unlawful for any government agency or local government authority to impose any fee for purposes of education in primary and secondary schools in Ekiti State.By giving of automatic employment to 43 graduates of College of Medicine to boost doctor/patient ratio, the students are motivated to work very hard, knowing that an educated society is a society that is ready to impact its world. With this initiative, Governor Fayemi has debunked the notion being nurtured by our youths, that “education is scam.” Under Fayemi, that notion has been proved not to be true; education has been proven strongly not to be a scam, going by the policy of granting automatic employment to deserving graduates.

After a careful study of existing realities, the governor saw that the pupil-to-teacher ratio was high and hence saw a need to decongest some public secondary schools for efficiency and as well ensure our children go to school and become the best of what they aspire to be in life. To this end, he built four model secondary schools in Ado Ekiti. The schools were named after four prominent sons of this State: Chief DejiFasuan, Professor BanjiAkintoye, Professor David Oke and Senator Ayo Fasanmi. The four model schools were sited by the Government in Ado Ekiti metropolis. The only thriving industry that has earned Ekiti State a national and global acclaimed is education. However, the decision of Mr Governor to invest hugely in education is all for the good of our teeming youths, the leaders of tomorrow, the future of our dear state.

We have many graduates roaming the streets without any gainful employment and some people say many of these graduates are not employable. Do you believe some of them are truly unemployable?

The issue of graduate unemployment in Nigeria has become a national concern. This situation has not only posed a great challenge to the economy but also retarded the economic growth of the country. This problem is attributable to the fact that the education and skills acquired by the unemployed are inadequate to meet the challenges of modern day jobs. The current experience has shown a great mismatch between unemployed graduate skills and the skills required for performance in the modern workplace. Gross inadequate technical knowledge, deficient English proficiency and lack of critical thinking on the part of graduates coupled with high technological drive of most organisations in response to tougher competition in the competitive markets are the factors responsible for graduate unemployment in Nigeria.

The society of today has gone beyond certificates. It is now fundamentally about your skills and requisite knowledge that adds value to the society and the corporate existence. It is within this cardinal appreciation that the state government introduced the concept of “knowledge economy” as one of the core policies of his administration. We are to depart from the system of carrying certificates about to giving technical capacities. It should be about what our graduates can offer to assist the society and her corporate structure rather than what the graduate can be offered. All the advanced nations of the world have gone beyond producing paper tiger graduates to skillful and quality, productive graduates. That is what our government at the Centre should be striving to ensure. The mismatch between graduate turnout via-a-vis graduate skills and graduate unemployment should be addressed proactively. The obvious fact is that many Nigerian graduates do not possess employable skills that will make them marketable in the labour market; a reason graduate unemployment has increased over the years. This dangerous phenomenon should be addressed immediately.

If that should be the case, do you support those calling for a change in the education curricula across all levels?

This is the most embarrassing factor in the education sector: old [outdated] curriculum. This has contributed majorly to unemployment in our country as many acclaimed graduates parade anachronistic ideas that fall short of the realities in our contemporary times. It is no longer news that the academic curriculum in Nigeria’s educational institutions- nursery, primary, secondary and tertiary institutions is older than the country itself. This is a curriculum passed down to us by the colonial masters in the medieval period. It is a truism to say that civilization, development, and innovation have left it behind. The irony of this is that the British masters from whom the curriculum is bequeathed have since moved on to improve their curriculum with current and practical contents which have ensured the production of innovative and highly creative graduates. This was the concern of DrKayodeFayemi upon his assumption of office in October 2018. To Governor Fayemi, our curriculum needs total overhauling. Nigeria’s underdevelopment has often been linked to lack of investment in human development and problems associated with educational reforms that is, churning out graduates into the 21st-century “knowledge economy” which sees practicality of acquired knowledge as the utmost form of learning than the other forms of economy which intensely focuses on abstract knowledge acquisition. The tertiary institutions in collaboration with the government and the labour market should plan their curriculum in such a way that employable skills that match up to the requirements of jobs in the present day workplace are inculcated into students during their courses of studies.

As a politician, there have been talks and agitations over which of the zones should produce the next president in 2023. What is your take on this?

Let me start by saying that I am not a politician as you mentioned above. I am just in the business of governance through the sheer providence given to me to serve as a public servant by the governor, Dr Fayemi. I have been a practising lawyer before being appointed a senior special assistant. It can therefore be said that I am a professional in politics and not a typical politician. Truly there have been agitations on which particular zone should produce the next president that will succeed President Muhammadu Buhari. While that is ok, but we must not lose sight of the provision of our constitution and even the APC constitution itself. I do not think our constitution supports the idea of rotational presidency. But as I said, nothing is bad if a case is made for rotational presidency. It is a way of balancing the dividends and benefits of powers across the zones of federation. If the presidency is zoned to South-West in 2023 by the leadership of our party, to us in Ekiti here, we will gladly accept it wholeheartedly.

If it is zoned to the South-West, do you think an Ekiti man has what it takes to join the presidential race?

The most qualified state in the whole of the South-West is Ekiti. Ekiti State is the only state in the South-West that has never aspired for that exalted office in the history of Nigeria’s democracy. Any Ekiti man that signifies intention shall be given 100 per cent Support. There have been clarion calls on Governor Kayode Fayemi from various quarters, from various groups and even some prominent individuals to run for the office of Nigerian president; we pray he accepts this national assignment and joins the race. Nigeria needs a true patriot and genuine democrat whose words remain his bond as the next president after Buhari in 2023.

The National Assembly is currently working on the amendment to the Electoral Act to further give our elections and of course the 1999 constitution more credibility. If you are to offer suggestions, which area(s) do you think they should focus on?

As far as I’m concerned, we need replacement of our constitution and not just amendment. We have a document handed over to us by the military junta which we call a constitution. A constitution should truly address the concerns of her citizens and give succor to them. We have so many imbalances in the said constitution. It does not capture the complexities of the Nigerian situation and the diverse interests of Nigerians. Before talking about the election and its processes, we should agree on how we wish to live together as a people. We should resolve the pattern of leadership we want for ourselves. It is not just about electoral reform, but fundamentally about restructuring of the entire entity called Nigeria. We do not need 109 senators and 347 House of Representatives members to make laws for Nigeria. There should be nothing like federal ministry of roads, federal ministry of agriculture and federal ministry of housing etc. There should be a way of defining our corporate existence in line with our cultural diversities and ethnocentric dictate. There should be a national conference that will address and review the Project Nigeria from 1960 till this present moment. There must be a mutual agreement by all the actors and the inhabitants on how to stay and live together. So, it goes beyond electoral reform. That is my take.

Makinde has a lot to celebrate as achievements —Bisi Ilaka

Anyone not pleased with APC membership revalidation should go to court —Yusuf,…