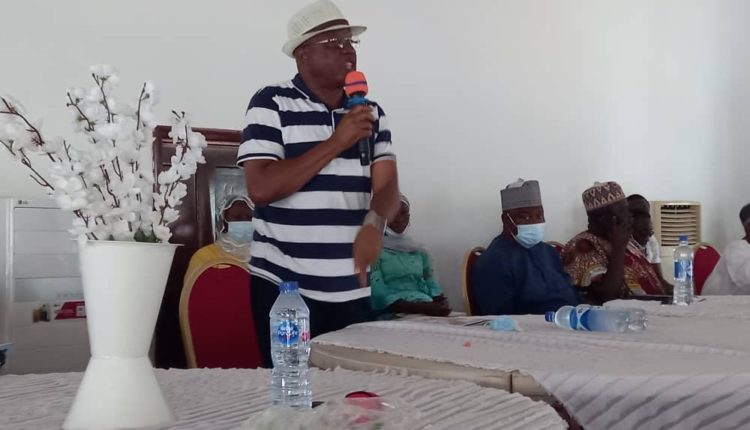 The leadership of the All Progressives Congress (APC) in Edo North Senatorial District has said that all the current serving members of the National Assembly (NASS), including Mr Johnson Oghuma, would be returned in 2023.

The declaration was made on Saturday on the occasion of constituency briefing of Oghuma, the representative of Etsako Federal Constituency in the Green Chamber.

The party, led by a national leader and former Edo North senatorial leader, Mr Malik Afegbua, who was chairman at the occasion, said it was the resolve of the party to return them, including the elected state legislatures.

While commending the giant strides Oghuma had recorded since he became a member of the lower chamber, Afegbua said that the current serving members of the NASS needed the support of the party to continue their good work.

“APC is waxing stronger in Etsako and indeed Edo North because of what Oghuma and Senator Francis Alimikhina are doing.

“Oghuma laudable projects in Etsako federal constituency have endeared him to the people.

“There is no vacancy for fresh candidates in Edo North in 2023; all Edo North Representatives will be sent back to NASS in 2023,” he declared.

Afegbua,  who also urged members of the party to remain united, bemoaned those laying claim to some of the projects influenced to the constituency by Oghuma.

“I want yo urge members of our APC to work harder ahead of 2023 as the strength of the party in the State lies in Edo North.

“We must remain united and committed towards the growth of the party in the district as well as the State,” he stated.

On his part, Oghuma commended the members for their resilience and efforts at building a formidable party, saying that the party was ready for the state in 2023 and 2024.

The lawmaker, who listed all the projects executed and bills he had sponsored in the House, noted that Inspite of paucity of funds, he had been able to spread projects across the 32 wards that make up the federal constituency.

He urged the party faithfuls to offer useful criticism rather than campaign of running people down over issues that had nothing to do with performance.

He appealed to President Muhammadu Buhari to sign the conversion of Auchi Polytechnic to Federal University of Technology Bill into law.

“When sign into law, it will further open up the area in terms of employment opportunities and commerce,” he said.