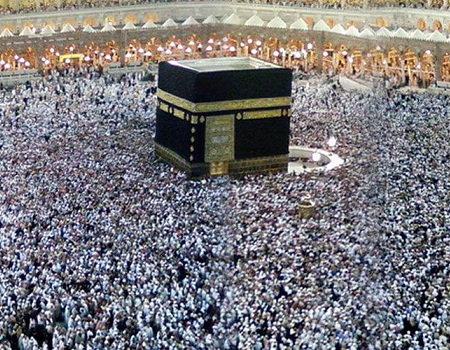 The Oyo State Muslim Pilgrims Welfare Board has assured intending pilgrims for 2020 Hajj in Saudi Arabia that their deposits were intact and safe for the 2021 Hajj.

Prof. Sayed Malik, Chairman of the Board, said this on Tuesday while briefing newsmen at his office, in Ibadan.

only local pilgrims residents in that country would be allowed to perform the holy pilgrimage.

He said that,  intending pilgrims who wish to get their deposits back were permitted to request for refund by applying in writing to the board.

Malik said that the ban on foreign pilgrims was to curb the spread of coronavirus in Saudi Arabia, considering the large number of people that usually perform the Hajj.

“Looking at the global pandemic caused by COVID-19 and the decision of the Saudi Government to stop foreign pilgrims from taking part in the 2020 Hajj, we want to assure pilgrims from Oyo State that has made a deposit for the exercise that their money is intact with us.

“If anybody wants to collect his or her money, all he needs to do is to write to the board, but if he wants to keep it with the board till 2021 Hajj, we will still keep the money for him,” he said.

Malik appreciated the National Hajj Commission of Nigeria (NAHCON) under the leadership of Alhaji Kunle Hassan for its numerous efforts towards the success of 2020 Hajj operation before the cancellation.

He urged residents of the state to join the government in its efforts towards fighting the COVID-19 pandemic by observing all medical advice, to avert the spread of the deadly virus.